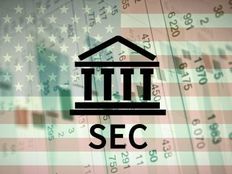 In a time of prolonged market volatility, the SEC has announced that it is giving the green light to funds that utilize derivatives to take a leveraged or inverse position on single securities as the latest complex product to come to market. The regulatory body was careful to underscore the added risk that such funds carry in addition to its usual couched language around complex products.

Lori J. Schock, Director of the Office of Investor Education and Advocacy, explained in the press release that “unlike traditional ETFs, or even other levered and/or inverse ETFs, these levered and/or inverse single-stock ETFs track the price of a single stock rather than an index, eliminating the benefits of diversification.”

The approval comes shortly on the heels of the lengthy caution issued by FINRA (a non-profit over U.S. broker dealers that is government-authorized) in March of this year regarding access to “complex products and options,” the dangers that they may pose to retail investors, and the roles and responsibilities of broker dealers that offer such products. FINRA proposed several methods of dealing with this, including requiring retail investors to pass a “knowledge check” before being able to interact with complex products. The organization also sought to define exactly what a complex product was and opened up a comment period on its queries.

These new complex products will carry the dual risk of single-stock exposure and the dangers of a leveraged or inverse position. The SEC appears to be divided in its approval, with Commissioner Caroline A. Crenshaw releasing a statement shortly after the announcement expressing concern regarding these riskier products.

“Further, with respect to single-stock ETFs in particular, I am disappointed that the Commission has thus far failed to make use of the tools it does have, such as rulemaking under the Investment Company Act of 1940 and/or the Securities Exchange Act of 1934, to grapple with the question of whether these products are appropriate in the public interest and consistent with the protection of investors.  I strongly encourage my colleagues to consider rulemaking in this case,” Crenshaw wrote.

AXS Investments’ filing for 18 different funds was just approved and should begin trading sometime this week. The ETFs will cover both bear and bull positions on a number of securities that span many sectors. Companies that AXS is looking to offer leveraged or inverse positions on include Tesla, Nvidia, ConocoPhillips, Pfizer, Salesforce, Nike, Boeing Co., Paypal, and Wells Fargo & Co. The leveraged and inverse strategies range anywhere from 1x on Tesla to 2x on Pfizer, Nike, and ConocoPhillips.

Direxion filed in February with the SEC for a wide range of leveraged and inverse funds based on single securities like Meta, Netflix, Apple, Microsoft, Amazon, Alphabet, Nvidia, and Tesla, with both 1x  bear and 2x bull and bear positioning on each.

GraniteShares also filed in February with offerings that are all 2x long daily funds with the exception of a 1x short daily on Tesla; the companies ranged from Tesla, Nvidia, Microsoft, and Alphabet to Disney, Ford, Peleton, Uber, and several Chinese companies currently listed in the U.S., such as Nio and Alibaba.

“These ETFs could best be used ahead of earnings for high-profile companies like Tesla or NVDIA where there tends to be significant short-term moves up or down. However, these, like other leveraged or inverse ETFs, incur elevated risks the longer they are held, but with added volatility due to the lack of diversification,” cautioned Todd Rosenbluth, head of research at VettaFi.