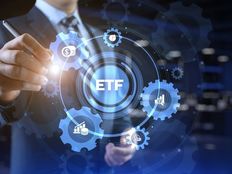 Alternatives, the investment arena that contains everything from hedge funds to real estate, have become a more popular investment for advisors and investors this year when traditional 60/40 equity and fixed income portfolios have struggled. Within the alternatives subset, liquid alternatives, or alternative investment strategies through ETFs, mutual funds, and closed-end funds that offer daily liquidity, have experienced fairly significant inflows this year, with managed futures rising to the top as an outperforming class of their own.

The iMGP DBi Managed Futures Strategy ETF (DBMF B+) experienced the greatest inflows of all managed futures ETFs in 2022, bringing in $349.5 million year-to-date and offering a year-to-date return of 21.92% as of August 16, 2022.

DBMF seeks to replicate the performance of the 20 largest managed futures hedge funds, which take long and short positions via futures contracts on a variety of asset classes within equities, commodities, currencies, and fixed income. It’s gained popularity for the crisis alpha that these strategies typically generate during times of volatility, as well as the uncorrelated diversification potential they can provide for portfolios to traditional equities and bonds.

DBMF carries an expense ratio of 0.85%, which while on the higher end for an ETF is still significantly lower than gaining access to the strategy via a hedge fund that charges an average of 2% in administrative fees as well as 20% in performance fees based on the profits. In addition to the fees, hedge funds carry a fairly significant barrier to entry, requiring high minimum investments of $1 million and upwards, preventing access for most retail investors.

The position that the fund takes within domestic managed futures and forward contracts is determined by the Dynamic Beta Engine. This proprietary, quantitative model attempts to determine how the largest commodity-trading advisor hedge funds have their allocations. It does so by analyzing the trailing 60-day performance of CTA hedge funds and then determining a portfolio of liquid contracts that would mimic the hedge funds’ performance (not the positions). The ETF rebalances weekly based on the DBE model.

Beer explained to Forbes that although DBMF only has 10 futures contracts — currently short on the Japanese yen, the euro, U.S. treasuries, and the S&P 500 along with international stocks, and long crude oil — the ETF can replicate 90% or greater of the returns of managed futures hedge funds while offering the money savings that the ETF wrapper provides.

“We’re not trying to say these guys have X amount in pork bellies and copy that. We’re basically saying, what are the big trades?” Beer said. “You don’t need to pay somebody 4% or 5% to do the big trades. We’ll do it and we’ll do it efficiently.”

The Founding of DBi and DBMF’s Creation

Beer got his start at Harvard Business School in 1994 and went on to work in traditional hedge funds at Baupost Group, before ultimately setting out on his own in the early 2000s and starting two small hedge funds. These funds were Pinnacle Asset Management, which traded in commodities, and Apex Capital Management which was centered on China.

Eventually, Beer founded Belenos Capital Management, a firm that would later become Dynamic Beta investments, and its managed futures fund performed strongly during the recession but then growth dropped dramatically in the 2010s when managed futures struggled. iM Global stepped in in 2018 and bought a 50% stake in DBi, and collectively the two launched DBMF in 2019, with DBi as the subadvisor.

The fund is the largest of managed futures ETFs, is currently a five-star Morningstar rated fund, and continues to experience strong inflows as market volatility continues.

“We believe that there are thousands or tens of thousands of RIAs who are now looking at the collapse in 60/40 portfolios and saying, I need something to add to this,” Beer explained. “The next step is to get a big following in the wirehouses and the Morgan Stanleys and Merrill Lynches of the world.”

Andrew Beer will be featured in a managed futures webinar with VettaFi August 24, 2022. You can find more information and pre-register here.