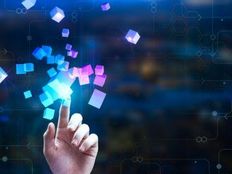 DBMF May Be the Innovation Fund of a Hawkish Fed Regime

Trend following has gained popularity once more this year for its ability to cut through tumultuous markets, and few funds have done it as well as managed futures ETFs this year. There’s one fund that has soared above the rest though, the iMGP DBi Managed Futures Strategy ETF (DBMF B+) that seeks to replicate the performance of the largest managed futures hedge funds in an ETF wrapper.

If you’ve ever been even mildly curious about managed futures, the strategy that takes long and short positions on a range of asset classes via the futures market, DBMF is the place to start. The fund uses quantitative models to determine how the 20 largest managed futures hedge funds are positioned and then seeks to replicate the averaged performance, not the position. It’s particularly appealing because it eliminates any single manager bias risk, replicates performance, and provides better alpha capture because of the savings in management fees.

DBMF has been wildly popular this year and it’s a fund that has offered massive outperformance when the vast majority of equities and bonds have struggled: year-to-date the fund is offering a 34.08% return. It also has crossed the $1 billion mark in AUM after starting the year at less than $60 million. It’s this outsized and outstanding performance that prompted Eric Balchunas, senior ETF analyst at Bloomberg, to liken the meteoric rise of the fund to the initial rise of the Ark Innovation ETF (ARKK B+).

Balchunas outlined several parallels between the two ETFs on Twitter: their price and flow charts are strikingly similar, they are both actively managed ETFs launched by smaller issuers at the time, and they both launched into a less favorable environment and took time to gain in popularity but once they drew attention, they took off thanks to “some stand-out relative outperformance”.

Another key similarity that has cropped up in the last few days is the launch of an unaffiliated holdings tracker for DBMF on Twitter, found here. The tracker takes a daily look at what the fund is doing and offers quick summations of any notable moves made, as well as looking at week-over-week positioning. It’s great insight for those that find futures a bit confusing to try and tease out information easily from.

DBMF allows for the diversification of portfolios across asset classes that are uncorrelated to traditional equities or bonds. It is an actively managed fund that uses long and short positions within domestic equities, fixed income, currencies, and commodities (via its Cayman Islands subsidiary).