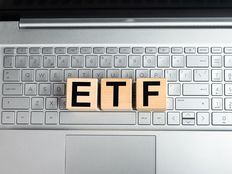 It’s the year for alternatives within investing and Eric Balchunas, senior ETF analyst at Bloomberg Intelligence, discussed the outperformance of the iMGP DBi Managed Futures Strategy ETF (DBMF B+) on Bloomberg ETF IQ last week, along with Andrew Beer, co-portfolio manager of DBMF and managing member of Dynamic Beta investments, the sub-advisor of the fund.

DBMF is a managed futures fund that seeks to provide the performance of the average of the 20 largest managed futures hedge funds within an ETF wrapper, providing access for any investor with the added benefit of reduced fees made possible within ETFs.

Balchunas explained that within the alternatives category, DBMF is the top ETF by flows for 2022, bringing in almost $353.5 million year-to-date, a virtually unheard of phenomenon for a managed futures ETF, and strong performance for the category.

“A category that was left for dead… the stars are aligning finally for it,” Balchunas said.

Andrew Beer, co-portfolio manager of DBMF, was on to discuss the fund and managed futures, which take either short or long positions on a variety of futures contracts within commodities, currency, domestic equities, and fixed income. Because managed futures operate within the futures market, they are uncorrelated to bonds and traditional equities, and they tend to remove individual bias because they invest based on data trends.

The major managed futures hedge funds this year had long positions on crude oil while it was going up and then pivoted away when it reversed, Beer discussed, while being short Treasuries in a rising rate environment, with the ability to pivot away once that reverses as well.

“Basically, the strategy is diversified across these major trades across markets, and at different points in time, different trades are going to be working,” Beer explained. “This has been a year we’ve described as shooting fish in a barrel because there’s been a lot of things trending in the markets this year.”

DBMF carries an expense ratio of 85 basis points (0.85%), which is on the high end for an ETF, but it’s drastically lower than accessing the strategy through just a single hedge fund which has fees over 200 basis points. In addition, DBMF offers the ability to diversify across hedge fund strategies because it takes the average performance of the top 20 managed futures hedge funds, which eliminates single manager bias and risk.

It’s also higher because liquid alternatives in general all carry high expense ratios, something that Beer believes needs to be changed because, according to him, the end users of a liquid alternatives ETF are individuals that build model portfolios.

DBMF seeks to replicate the performance of the largest managed futures hedge funds because the large, established firms already have “all sorts of sophisticated ways of deciding what to buy and sell when,” Beer discussed, and then offers that performance through a significantly cheaper ETF vehicle. “As a result, you end up what is essentially designed to be an index plus product.”

The discussion turns to what performance would look like in an environment where the traditional 60/40 portfolio begins to return to favor: the current environment of prolonged market volatility is one in which managed futures have historically performed strongly.

“Our pitch to people is over the next 10 years we’re probably not going back to the 2010s,” a time when 60/40 portfolios thrived and investors made little, if any changes to their portfolios and were rewarded for it, Beer said.

“The first half of this year was a sea change in investor expectations, so literally every person over the next year as they’re building and looking at their model portfolios says ‘what can I do to add diversification,’” Beer explained. “If you want diversification bang for your buck, you start with managed futures.”