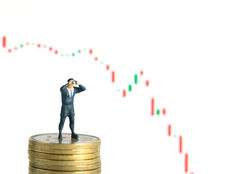 Have Confidence During “Nervous Markets” With DBMF

Thursday was a rocky day for stocks, with major indexes managing to close higher after Federal Reserve Chair Jerome Powell gave his final speech before the central bank officials go into the two-week quiet period leading up to the September 20-21 rate meeting.

Powell’s message aligned with previous guidance from the Fed, reiterating once again that the central bank remains committed to its fight against inflation while seeking to curtail strong labor markets, and that there would be no relenting anytime soon.

“History cautions strongly against prematurely loosening policy,” Powell said at a Q&A with the Cato Institute Thursday, reported CNBC. “I can assure you that my colleagues and I are strongly committed to this project and we will keep at it until the job is done.”

Stocks fell during and shortly after Powell’s remarks, but later rallied to a market close that was the strongest close since August 10 for the major indexes. Despite the gains, stocks remain in an overall downtrend, with markets likely in a holding pattern until the August consumer price index that releases on September 13.

“I think we have a nervous market in a pre-CPI week,” Art Hogan, chief market strategist at B. Riley Financial, told CNBC. “We’re probably going to shift into a wait-and-see mode.”

The Fed has indicated that it will need to see strong, consecutive signals that inflation is falling before it will be willing to back off from interest rate increases. Volatility is expected to continue as the labor market remains strong while growth drops off.

Investors looking for a fund that has performed well during volatility should consider the iMGP DBi Managed Futures Strategy ETF (DBMF B+), a managed futures fund designed to capture performance no matter how equity markets are moving. The fund seeks long-term capital appreciation by investing in some of the most liquid U.S.-based futures contracts in a strategy utilized by hedge funds and has over $600 million in AUM.