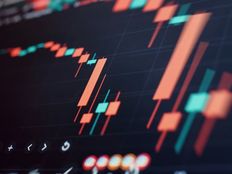 Markets remain tremulous, driven incessantly this year by each new economic report. The latest is the release of June’s retail sales, up 1% as consumers continued spending during historic inflationary times.

Markets had previously fallen on the release of the 9.1% CPI reading for June, released Wednesday, but now have rallied to end the week on a positive for the first time in five sessions, reported the WSJ. The uncertainty by investors continues to see markets seesaw back and forth, a trend that is likely to continue as economists and analysts increasingly weigh recession odds in the face of an aggressive Fed and soaring inflation.

“Recession risks have risen since the beginning of the year,” Mike Bell, global market strategist at J.P. Morgan Asset Management, told WSJ. “If we don’t get any signal of consumer retrenchment, maybe it’s not as bad as people fear, but if we do get that it’s a signal recession risk is materializing.”

June also saw retail sales increasing by 1% in the U.S., and while some of that increase is attributed to higher prices in goods and services, some indicate that the U.S. consumer is still able to navigate the price increases, for now, Michelle Meyer, chief U.S. economist at Mastercard Economics Institute, told WSJ.

“Consumers are still spending quite a bit of money,” said Jeff Harmening, CEO of General Mills on an earnings call in June. “Now as they look ahead, they get nervous because they see inflation and so forth. But right now, the consumer is in a decent place.”

Earnings season has kicked off with many financial institutions reporting better than expected profits but also recording a slowing in mortgage lending. Housing and energy were big contributors to last month’s inflation number, and because rent prices tend to lag six to nine months behind, housing is expected to continue to be an inflationary pressure likely through the end of the year.

Historic inflation coupled with a job market that is still exhibiting tight growth could see the Fed potentially raise interest rates even more aggressively than 0.75% at their meeting next week, something that Federal Governor Waller has said he is possibly open to, likely to create more volatility and strong market response.

“We have important data releases on retail sales and housing coming in before the July meeting,” Waller had said Thursday ahead of the retail report today. “If that data comes in materially stronger than expected, it would make me lean towards a larger hike at the July meeting to the extent it shows demand is not slowing down fast enough to get inflation down.”

Investing for Volatility and Uncertainty With Managed Futures

As markets continue to be driven by each new piece of economic data, investors looking for a fund that has performed well during volatility should consider the iMGP DBi Managed Futures Strategy ETF (DBMF B+).