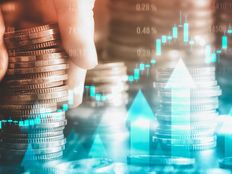 Will the Inflation Reports Be Sufficient for the Fed?

Markets continued their bounce from Wednesday’s July consumer price index report that inflation rose just 8.5% year-over-year, coming in under analyst expectations of 8.7%, with the follow-up producer price index report on Thursday for July dropping 0.5% month-over-month. It’s the first time PPI has dropped in over two years and has investors hopeful that inflation has peaked.

Core inflation for July remained flat month-over-month, which takes out food and energy — often volatile contributors — and is a closer gauge of what the Federal Reserve will be looking at when they meet again in September.

While gas prices have dropped (the gasoline index was down 7.7% in July), food prices have risen substantially, with the food-at-home index (a gauge of grocery store price changes) gaining 1.3% in July for a 10.9% year-over-year increase, the biggest 12-month rise. since 1979.

Shelter, one of the major contributors to CPI and core inflation, increased again in July, rising 0.5% after a 0.6% gain in June. Housing prices have finally begun to come down from their soaring highs, but as rental prices and the owner’s equivalent rent (OER is used to calculate how much a homeowner would pay to rent their home) typically lag by several months, shelter is expected to create inflationary pressure well into next year.

The core personal consumption expenditures price index (PCE) which measures what consumers are paying for goods and services, is one of the primary gauges that the Fed uses when it determines interest rate increases, alongside CPI. PCE for July will be released on August 26.

Investing for Any Market with Managed Futures

Markets may be back to risk-on as investor sentiment improves from hopeful inflation reports and a stronger than expected earnings season, but the Fed has indicated that it will need to see strong, consecutive signals that inflation is falling before it will be willing to back off from interest rate increases. Volatility is expected to continue as the labor market remains strong while growth drops off.

Investors looking for a fund that has performed well during volatility, as well as trend-followers who are considering funds performing above their moving day averages, should consider the iMGP DBi Managed Futures Strategy ETF (DBMF B+).