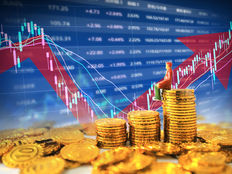 Russia has attacked Ukraine, launching missiles and airstrikes in several cities within Ukraine in an offensive that Russian President Vladimir Putin has said has goals of demilitarizing the country and toppling the government in Kiev, Wall Street Journal reports. Investors have scrambled out of stocks and into safe haven allocations such as government bonds and gold.

The S&P 500 had officially hit correction territory earlier this week but has dropped a further 1.2%, and the Dow Jones Industrial Average was down nearly 2%, shedding 674 points.

“Who wants to be dealing with high inflation, prospects of interest rates hikes, and war in Europe?” said Fiona Cincotta, senior financial markets analyst at City Index. “It just seems like it’s too much for investors to be able to swallow right now.”