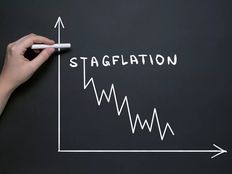 Consider This ETF if Stagflation Hits

The current macroeconomic climate is sparking increasing talk of stagflation, or the scenario where economic activity is lethargic and inflation runs high.

Indeed, stagflation is an ominous scenario. Those alive during the 1970s already know this, and while there are no guarantees that true 1970s-style stagflation will return, it pays to be prepared. Investors can do just that with high dividend exchange traded funds, including the WisdomTree U.S. High Dividend Fund (DHS A).

DHS follows the WisdomTree U.S. High Dividend Index, and while the fund and the benchmark are positioned as high dividend instruments, DHS isn’t yield-weighted. Rather, it’s dividend-weighted, which provides investors with a more accurate sense of what member firms’ payouts will look like going forward.

As is the case with other dividend ETFs, sector exposures matter with DHS, and that’s particularly true when considering the WisdomTree fund through the lens of surviving stagflationary environments.

“According to Bank of America research, the best-performing sectors during stagflation have historically been Utilities, Energy and Staples. The worst have been Consumer Discretionary, Information Technology and Communication Services,” notes WisdomTree analyst Matt Wagner. “Year-to-date performance has thus far favored the stagflation havens. Energy (34%), Utilities (3%) and Staples (+3%) have been the best performing sectors, while Consumer Discretionary (-18%), Information Technology (-20%) and Communication Services (-24%) have been the worst.”

DHS allocates over 48% of its weight to consumer staples, energy, and utilities stocks, which goes a long way toward explaining its distribution yield of 3.58%. Conversely, the ETF’s combined allocation to communication services, consumer cyclical, and technology names is just 8%.

DHS’ sector allocations also lever the fund to the growth-to-value rotation. For example, it devotes 32% of its weight to the energy and financial services sectors, which are two prime value destinations.

“Sector performance can arguably be explained as much by stagflation concerns as by a rotation from growth to value after growth index multiples became wildly stretched and the forward price-to-earnings ratio of the Russell 1000 Growth Index (32.0x) peaked at over two times the multiple on the Russell 1000 Value Index (15.8x) last November,” adds Wagner.

ETFs weren’t around in the 1970s, and for its part, DHS is approaching its 16th birthday, but history suggests that the fund could be useful for income investors looking to thwart stagflation.

“For clients considering how to allocate in a world of slow economic growth and persistently high inflation, an allocation to high-dividend payers may be just the solution,” concludes Wagner. “To compare to the 1970s experience, the two highest-dividend-yield quintiles handily outperformed the market, and the lowest-dividend-yield companies were laggards.”