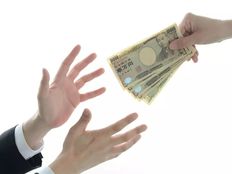 Dip Into DXJ for Japan’s Dividend and Value Proposition

Japanese stocks have long been hailed as less expensive than their U.S. counterparts, and while that hasn’t been enough to lure many U.S. investors to stocks in Asia’s second-largest economy, the worm could be turning in favor of Japanese equities.

In fact, a case can be made that the stars are aligning for the WisdomTree Japan Hedged Equity Fund (DXJ B-). With the U.S. dollar flirting with 20-year highs against the Japanese yen, the benefits of DXJ’s currency hedging are readily apparent. The exchange traded fund is easily outpacing both the S&P 500 and the unhedged MSCI Japan Index this year.

“Measured in local currency terms, Japan was the best-performing MSCI regional market in March, up 4.9%. In dollar terms, Japan was down 50 bps due to its weak currency,” writes WisdomTree Global Chief Investment Officer Jeremy Schwartz. “This goes to a point we often make: Currency changes do not need to impact your foreign return, and you can target that local market return by hedging your currency risk.”

Then there are the dividends. DXJ yields 2.06% — well ahead of the S&P 500 and nearly 90 basis points above the MSCI Japan Index.

Dividends are a relatively new phenomenon in Japan, but the payout growth potential there is compelling because Japanese companies are prodigious generators of cash, meaning they have the resources to support shareholder rewards over the long term.

Fortunately, investors can access the benefits of DXJ’s currency hedging and dividend growth potential without having to embrace rich valuations.