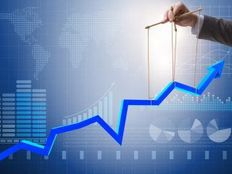 Forget Anticipating the Fed: Use Floating Rates Instead

Cleveland Federal Reserve President Loretta Mester, a voting member of the Federal Open Market Committee that votes on interest rate policy, said in a speech Wednesday that she anticipates benchmark fed funds rates will need to be greater than 4% with zero rate cuts through 2023 minimum.

Mester reiterated that rates will need to stay elevated “for some time”, rhetoric that has been repeated by central bank members such as Powell and New York Federal President John Williams. It’s a move that Mester acknowledged will likely lead to economic growth below 2%, extend market volatility, and drive up unemployment.

The singular consistent message coming from the Fed this year has been that it will not back off its fight against inflation for fear of prolonging it and repeating the mistakes of the 1970s where inflation ran rampant for a decade.

“It would be a mistake to declare victory over the inflation beast too soon. Doing so would put us back in the stop-and-go monetary policy world of the 1970s, which was very costly to households and businesses,” Mester said.

One fund that is riding high within fixed income this year is the WisdomTree Floating Rate Treasury Fund (USFR B-), an ETF that can make hedging portfolios for interest rate increases much easier for advisors and investors. Year-to-date USFR has net flows of $6.11 billion.

The fund capitalizes on the use of floating-rate notes by the U.S. Treasury and can be an excellent option for investors looking to limit their amount of credit risk but still capture higher yield potentials in rising-rate environments.

WisdomTree believes that floating rate debt is an important bridge between long-maturity, fixed-rate Treasury Bonds, and short-maturity Treasury bills. By investing in floating rate Treasuries, holders are paid out quarterly and the amount paid is based on a rate that resets daily in reference to a weekly rate. It can be a good option if Treasury bill yields are rising because it provides the opportunity for greater compensation over a fixed-rate bond.

Another benefit to a floating rate is that price volatility can be somewhat lessened by the weekly resets when compared to fixed-income bonds. Treasury floating rate notes are a good option when the yield curve is flat or inverted.

USFR seeks to track the Bloomberg U.S. Treasury Floating Rate Bond Index, which measures the performance of floating-rate notes of the U.S. Treasury and contains floating rate notes with two-year maturities and a minimum outstanding amount of $1 billion. The index uses a rules-based strategy and is weighted by market cap. The index excludes fixed-rate securities, Treasury inflation-protected securities, convertible bonds, and bonds with survivor put options.