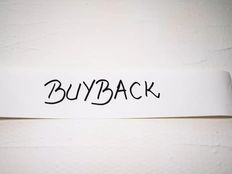 How to Win With Buybacks

Share buybacks among S&P 500 companies surged last year, and more of the same is expected in 2022, with some market observers forecasting record levels of repurchases this year.

Some exchange traded funds are dedicated to that theme. On the other hand, the WisdomTree U.S. Value Fund (WTV A) is broader. It emphasizes shareholder yield, the pillars of which are buybacks, dividends, and declining debt levels.

That’s an impressive collection of quality traits under one umbrella, and one that can offer investors some safety amid rocky environments, including what they’re dealing with to start 2022.

“That isn’t surprising. The six major bear markets the last half-century devastated companies that were heavy equity issuers, the kinds of stocks WTV’s buyback screen tends to avoid. In crashes, the diluters plunged,” says Jeff Weniger, WisdomTree head of equity strategy. “While ‘nobody makes money in a bear market,’ owners of the ‘buybackers’ lived to see another day.”

Defensive as it may be, WTV isn’t heavily allocated to traditional defensive sectors. For example, the consumer staples and utilities sectors are WTV’s two smallest sector allocations, combining for just 2.49% of the fund’s weight, according to issuer data. Conversely, WTV has a heavy cyclical tilt, as the financial services and consumer discretionary sectors combine for 42% of the portfolio.

That value tilt is relevant at a time of growth stock weakness, which is being built on the back of rising rate fears. As the Federal Reserve moves toward rate tightening, investors are growing leery of paying up for growth stocks’ longer-dated cash flows.

Bolstering the case for WTV is the point that many of the funds’ holdings generate cash to support shareholder rewards and firm balance sheets. Many of the ETF’s member firms are also growing dividends at prodigious rates, adding support to a robust overall shareholder yield.

WTV “has a net buyback yield of 5.6%, which is akin to a $10 billion market cap company buying back $560 million worth of stock in a year. That is four times as high as the S&P 500’s net buyback yield of 1.4%,” concludes Weniger. “WTV has annually beaten both the S&P 500 Value and the Russell 1000 Value Indexes by more than a percentage point since its inception a generation ago through March 7, 2022. It has zero exposure to share diluters.”