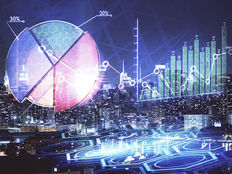 On the most recent episode of the Behind the Markets podcast on Wharton Business Radio, hosts Jeremy Schwartz, director of research at WisdomTree, and Wharton finance professor Jeremy Siegel were joined by James Bullard, president and CEO of the St. Louis Fed, to discuss the current geopolitical environment, inflation, and cryptocurrency.

Bullard opens by discussing that tensions have always existed between Ukraine and Russia, and that while Russian aggression is bigger now, “I think the baseline expectation has to be that there will not be a wider war associated with this, with their risks around that,” Bullard explains. “I would say the direct linkages to the U.S. economy are minimal, and so I wouldn’t expect that much direct impact on the U.S. economy.”

As Bullard doesn’t anticipate an economic impact from the war in Ukraine, at least for now, he still wants interest rates to be above 1.00% by July 1 of this year, as well as balance sheet reductions beginning in the second quarter. He believes that the Fed hasn’t responded quickly enough to growing inflation and expects that inflation will continue to be high through the remainder of the year and wants to get to a place where the Fed is putting downward pressure on inflation. He believes that the end the year will still see core PCE (personal consumption expenditures) somewhere around 3.5% inflation.

“Omicron’s now coming to a close pretty rapidly, and I would expect reopening, or the remaining reopening of the economy, to occur in the second and third quarter of this year, so that sounds like a boon to me for the U.S. economy, and if anything, you’d get upward pressure on inflation through that channel,“ Bullard says.

Money growth is on the rise with 2020 experiencing the largest money growth of the M2 over the course of the 150 years it has been tracked and has grown substantially in the last year. Bullard is interested to see if correlations will become more apparent between money growth and inflation, which could continue to be an added inflationary pressure.

The Yield Curve and Inflation

Discussion turns to the potentials of the yield curve possibly inverting with interest rate increases after its recent flattening. Bullard believes that if the balance sheet reductions can begin for the Fed, it will help to alleviate pressures on the yield curve.

“I do think that rates will likely rise across the curve here because I think growth will be fairly strong this year and inflation will still be out there, probably further into the future than what has been priced in today, and markets will have to make adjustments for that, so you’ll probably get increases across the curve as we start to remove accommodation,” Bullard explains.

Bullard also discusses his concern about the stickiness of inflation within rents and housing and how inflation in those areas tends to be fairly persistent over longer periods of time. He believes that this area in particular is one to watch for advisors and investors who are concerned about inflation looking forward.

The Issues With Cryptocurrency

Lastly, Professor Siegel turns the talk to cryptocurrency and its potential impact on driving up inflation. Bullard explains that it’s an issue of tension between private currency (cryptocurrencies) and public currency.

Bullard explains that the concern around private currency revolves around losing control of the money supply and control of the price level if there is too much private currency. It’s not a new concern and was the norm pre-Civil War. The issue becomes one of values of each currency fluctuating against each other, which Bullard doesn’t believe people will like ultimately.

A more modern example of this issue of exchange rate fluctuations and “chaos” as Bullard coins it, is seen in international currency conversions and the constant fluctuations that can happen to either boost value or devalue currencies.

“I think that probably the biggest issue in the cryptocurrency world is free entry; anybody can do it, and there are thousands of these (cryptocurrencies) already, and it does seem like profits would be competed away,” Bullard remarks.