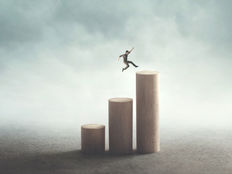 Jump into Japan with this WisdomTree Model Portfolio

Last year, Japanese equities delivered some of the best performances among developed markets outside the U.S.

Advisors can allocate to that trend with WisdomTree’s Developed International Model Portfolio.

“This model portfolio is designed for investors with a long-term horizon looking for exposure to a broad universe of Developed International equities primarily using factor focused ETFs. The selected ETFs provide certain factor tilts that have the potential to generate excess return relative to comparable cap-weighted benchmarks over longer-term holding periods. The strategies may use both WisdomTree and non-WisdomTree ETFs,” according to WisdomTree.

Several of the ETFs in the model portfolio are diversified developed international funds with strong exposure to Japanese stocks.

Solid Fundamentals and a Stable Political Climate in Japan

“A market that has been long been ignored and misunderstood is attracting attention from investors at home and abroad as conditions look favorable in 2021,” reports Gearoid Reidy for Bloomberg. “With analysts expecting strong earnings in the forthcoming season, higher dividend payouts than in other markets, and the pandemic handled better than many developed countries, some watchers expect this could be a bumper year for Japan.”

Japan is more than capable of weathering a storm. In addition to the pandemic, the country has had to endure a change of leadership, installing a new prime minister a few months ago.

“Backing the surge is a wave of reforms being promoted by Prime Minister Yoshihide Suga, who has made headway on his agenda despite the pandemic. In contrast to his predecessor’s broader but often vague policy goals, Suga has laid out smaller, more precise areas of focus,” according to Bloomberg.

Digitalization, green energy, and mergers and acquisitions activity are among the factors that could boost Japanese equities this year.