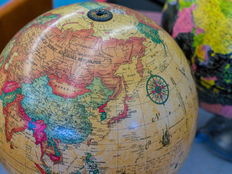 Liqian Ren, Ph.D. and director of modern alpha for WisdomTree, and Jeremy Schwartz, global CIO of WisdomTree, spoke with Louis-Vincent Gave, founder and CEO of Gavekal, a research and financial advisory firm that specializes on macro issues in Asia and China, on the role of geopolitics in investing and a range of other topics. The conversation took place on WisdomTree’s China of Tomorrow podcast and was headed by Ren.

The discussion opened with Gave’s research and book on the trade wars between the U.S. and China. These trade wars evolved into a tech war and the U.S.’s weaponization of its semiconductor industry in 2018, which was aimed at hurting China’s industry that relied on semiconductor chips from the U.S. This kind of “weaponization” has evolved since then to include financial systems, with one example being the Western response to Russia’s invasion of Ukraine.

Attempting to invest in such a world can often have significant consequences that investors must try to navigate and avoid as best they can.

Gave has spent the last two decades studying what he believed to be the most significant trade relationship globally, that of China and the U.S., but Russia’s invasion of Ukraine has been an unexpected wrench in the geopolitical gears that will have deep consequences for years to come, according to Gave. Over the course of the next 12 months, the relationship between Russia and Western Europe could be the most important and prominent one globally.

The Failure of Fixed Income and Potential Bond Replacements

Conversation then pivoted to discuss the challenging inflationary environment that has seen both stocks and bonds move in correlation to each other where previously the bond portion of a traditional 60/40 portfolio offered a level of protection.

Gave said that part of the potential replacement for the traditional fixed income portion of a portfolio includes emerging market bonds, which have done surprisingly well this year despite the global bond sell-off that has occurred because of emerging market countries’ familiarity with inflation within their own economies. Other pieces include precious metals, energy, and consumer staples, particularly in emerging markets, as inflationary economic booms generally boost consumer spending.

Another topic discussed was the investment in Western real estate by citizens of Asian countries due to the court of law protections and how that has changed since Russia’s invasion, with a shifting focus of emerging market savings staying within emerging markets.

Schwartz and Gave also talked about the costs to U.S. investors when Russian securities in markets were taken to zero, and Europe’s attempt to tackle both climate change and an energy decoupling from Russia simultaneously.

Conversations also covered Taiwan and what invasion would look like and why it would happen, the outlook for China over the next few months until October and the election, why Chinese bonds have outperformed, the growing use of renminbi and currency networks, and more.