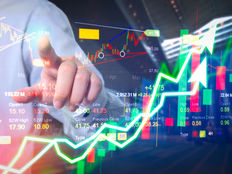 Meb Faber and Jim Bianco Talk Markets and the Economy

WisdomTree’s Jeff Weniger, CFA, head of equity strategy, and Jeremy Schwartz, global CIO at WisdomTree recently hosted a Twitter Spaces with Meb Faber, co-founder and CIO of Cambria Investment Management, Jim Bianco, president and founder of Bianco Research, and other guests to discuss the state of markets and the economy in 2022.

Faber opens the financial discussion with a breakdown of shareholder yield, which Faber defines as how companies give money back to their shareholders, through both cash dividends and net share buybacks. It’s an important part of the value factor because of its correlation to how a company generates cash, as well as the inherent value tilt it provides portfolios. Faber believes it’s the best factor to focus on when investing.

“The buyback component is one that’s had a much bigger impact lever on total cash distributions over the past 30 years than maybe the century prior,” Faber explained. “A very common misconception is that people love to say ‘buybacks used to be illegal’ which is just simply not true.”

Buybacks have been around since the founding of the country, Faber said, with the government and politicians as well as investors both mandating and preferring buybacks as a means to curtail CEO exploitation as recently as the early part of the last century.

Bianco was on next to discuss inflation and how the markets have viewed and responded to the inflation narrative this year, in an environment where the Federal Reserve has retreated from a position of offering forward guidance to instead being data dependent to determine policy. Markets are currently predicting that inflation has peaked and will retreat, but Bianco is quick to point out that markets also initially believed inflation was going to be transitory at one point, and then disappear.

The big debate in markets has zeroed in on the risk of recession and also how the central bank will respond should the economy fall into a recession.

“I fall on it that inflation is going to remain a bigger problem than people think: it’s not a 9% problem but it might be a 4% problem when everything comes out of the wash,” said Bianco, an analysis that many people within the industry share.

How to Better Position Portfolios for Inflation

Faber responded with what his firm is seeing in recent polls they have conducted that have shown that the majority of investors aren’t positioned for an inflationary environment. They lack exposure to real assets or else it’s a minimal amount that has no discernable effect on the portfolio, and the Shiller CAPE ratio which is a cyclically adjusted price-to-earnings ratio is currently at 30 whereas the long-term CAPE is 18 and the price-to-earnings ratios remain around 12 for equities.

For Faber, this means there are opportunities in emerging markets that are currently very cheap as well as offering dividend yields of around 7% for some exposures, as well as opportunities in value stocks domestically. Bianco continues to view the dollar as the safe haven play because of its status as the global reserve currency and that it will always see strong investment during times of uncertainty.

“It’s going to be an interesting environment in the next one, two, three, five, even 10 years,” Faber said. “Unless inflation comes screaming back down to two, I think there’s going to be a lot of differences in spreads and performance for a lot of the big assets going forward.”

The discussion moved on to cover the possibilities of a positive real interest rate, stock performance historically, geopolitical risk, China, and the Inflation Reduction Act.

Find more information about future Twitter Spaces hosted by WisdomTree by following @JeremyDSchwartz and @JeffWeniger over on Twitter.