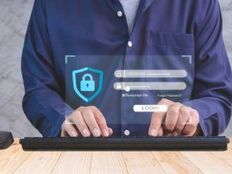 Senate Majority Leader Chuck Schumer (D) has issued a call to action for better consumer cybersecurity protections and better identification of perpetrators from both the Federal Trade Commission and the Department of Justice as Cybersecurity Awareness Month begins this year.

Schumer stated at a news conference on Sunday, October 2nd, that referenced some of the most recent cyber attacks on public companies as well as private agencies. These attacks included the recently disclosed hack into Uber in which hackers stole data related to invoices and gained access to the company’s Slack messages. There was also a successful phishing attack against American Airlines in September in which personal information was obtained on a limited number of customers and employees.

“We want to know who took (private data), what they did with it, and what consumers need to do to protect themselves, and the responsibility is with the Federal Trade Commission, the FTC, and the Department of Justice, and we’re asking them to make – to redouble their efforts to answer all of these,” Schumer said.

Cyberattacks have been on the rise ever since the onset of the pandemic in which a larger percentage of the population found themselves working from home, increasing the potential number of access points for hackers to find a way into companies. Even though many have returned to work since cybersecurity remains a primary focus for most companies in an increasingly digital age.

For advisors and investors looking to allocate to a rapidly growing industry in high demand, the WisdomTree Cybersecurity Fund (WCBR B) offers a great opportunity.

WCBR seeks to track the WisdomTree Team8 Cybersecurity Index, which invests globally in companies whose main revenue is derived from cybersecurity and security-oriented technology that prevents attacks and intrusion into systems, networks, computers, applications, and mobile devices. Companies included must derive at least half of their revenues from cybersecurity, have revenue growth of at least 7% over the trailing three years for new additions to the index, or 5% for current index constitutions, and meet market cap and average daily trading volume requirements.

The index also utilizes exclusionary filters to screen out companies based on ESG criteria that violate UN and Global Standards Screening guidelines, are involved in controversial weapons (biological, chemical, cluster, nuclear, or white phosphorous weapons, and anti-personnel mines), have significant involvement in tobacco or thermal coal activity, or violate other ESG standards of the index.