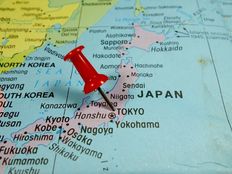 This ETF Shows Potential for Japanese Stocks in 2022

The dollar is one of the best-performing major currencies in the world this year. The opposite is true of the Japanese yen, which is off more than 9% against the greenback year-to-date.

Some market observers believe that this scenario will persist into 2022, and if it does, the WisdomTree Japan Hedged Equity Fund (DXJ B-) could be a standout among Japan exchange traded funds.

As it stands today, DXJ is doing its job and is benefiting from the yen’s weakness against the dollar. The WisdomTree ETF is up 10% year-to-date while the unhedged MSCI Japan Index is lower by almost 2%, indicating that if investors want exposure to Japanese equities in weak yen climates, currency hedging is a relevant consideration.

Further setting the stage for yen weakness in 2022 is the likelihood of the Federal Reserve hiking interest rates, which could lift the dollar. Conversely, the Bank of Japan isn’t dealing with inflation, and a rate hike in the world’s third-largest economy isn’t in the cards.

“Now think about the calculus of Haruhiko Kuroda, head of the Bank of Japan (BoJ). Inflation is nowhere near hot on the streets of Tokyo; the consumer is lethargic,” says Jeff Weniger, WisdomTree head of equity strategy. “A 2022 rate hike by the BoJ is about as likely as you and me going to the astronomers and successfully lobbying to get the Pluto decision overturned.”

Adding to the case for DXJ over the near-term is the fact that the yen is already pricing in Fed rate hikes, meaning that it’s already slumping against the dollar. That could equal a buying opportunity in DXJ in advance of the new year.

“The yen isn’t sitting around and waiting for U.S. monetary authorities to surprise the market with something more than just one or two rate hikes next year. It is weakening right now, busting up through the ¥112 level a few weeks ago and is currently trading around ¥115. Maybe the yen is telling us the Fed may be forced to do something like a hike at every meeting, or every other meeting,” adds Weniger.

Investors looking for a small-cap play on the weak yen might want to consider the WisdomTree Japan Hedged SmallCap Equity Fund (DXJS B-), the small-cap cousin to DXJ.