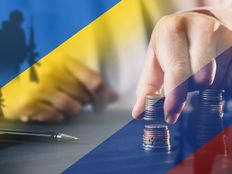 Federal Reserve Chairman Jerome Powell said in a meeting before the House panel on Wednesday that Russia’s invasion of Ukraine will likely only exacerbate and extend the inflationary pressures that the central bank had been anticipating would decrease in coming months, reports the Wall Street Journal.

The war in Ukraine is sparking a lot of longer-looking concerns for governments and investors, both because of Russia’s role in global energy markets with respect to oil and because of its stake in commodities, such as its exportation of fertilizer. Other concerns are that the war will also extend supply chain issues that have been beleaguered since the onset of the pandemic in 2020, and that sustained rising oil prices will cause definitive price increases at the pump.

It’s a major added risk in a market that is already risk-averse, and Chairman Powell believes that it could lead to reduced investment overall as investors look to decrease their financial risk-taking behaviors. Despite concerns about increasing inflation over a longer trajectory, the Federal Reserve Chairman revealed that he plans to still go forward with proposing a 0.25% interest rate increase in the upcoming Fed meeting.

“I do think it’s going to be appropriate for us to proceed along the lines we had in mind before the Ukraine invasion happened,” Chairman Powell said. “In this very sensitive time at the moment, it’s important for us to be careful in the way we conduct policy simply because things are so uncertain and we don’t want to add to that uncertainty.”

In such unprecedented times that have seen inflation soaring in the U.S., combating inflation just became that much more difficult for the Fed with the additional pressures of the war in Ukraine.

“There’s already a lot of upward inflation pressure and additional pressure does probably raise the risk that inflation expectations will start to react in a way that is negative for controlling inflation,” Chairman Powell said at the House meeting.

The commodities space could see increasing prices because Ukraine is responsible for 12% of global wheat supply and 13% of global corn supply, Russia has raised prices on potash (one of its major exports and a key component of fertilizer), and the U.S. is considering banning oil products from Russia.

For investors who are looking to diversify their portfolios in times of inflation and rising interest rates while also capturing any potential increase in commodities pricing, the WisdomTree Enhanced Commodity Strategy Fund (GCC A) can be an excellent option. GCC has experienced $38.51 million in inflows so far year-to-date according to FactSet data from ETF Database.

GCC invests in a basket of commodities and bitcoin futures in seeking diversification in assets that are uncorrelated to most equities and fixed income returns. The fund is an actively managed ETF that offers broad exposure to the following commodities sectors: agriculture, energy, industrial metals, and precious metals, mainly via futures contracts. It can also invest up to 5% of its net assets into bitcoin futures contracts, a regulated space under the purview of the CFTC, but it does not invest directly in bitcoin.