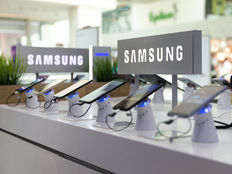 Samsung has said that it is not expecting the hack to impact customers or its business and did not name what specific data was stolen, only that it was some source code for Galaxy-branded devices. The hackers claiming credit for the attack over the weekend, Lapsus$, are the same group that claimed to have successfully stolen data from Nvidia last month.

“According to our initial analysis, the breach involves some source codes relating to the operation of Galaxy devices, but does not include the personal information of our consumers or employees,” a spokesperson for Samsung told CNBC.

The attack comes at a time when war in Ukraine has geopolitical tensions high, and when the focus on cybersecurity is higher than ever as warfare escalates on the digital front. The Ukraine ministry says it is the first time it is fighting in a hybrid war that is both on the ground and within the digital sphere, reports the BBC.

“These two wars [we are fighting] are part of this hybrid war,” said Victor Zhora, deputy chairman of the state service of special communications in Ukraine. “This is happening for the first time in history and I believe that cyber-war can only be ended with the end of conventional war, and we will do everything we can to bring this moment closer.”

A volunteer army of hackers has arisen to aid Ukraine, targeting Russian military and government, as well as Russian infrastructure and the energy network. Well-known hacker group Anonymous has also joined the mix, hacking into the Russian state TV over the weekend and broadcasting banned footed from Ukraine, reports the New York Post. On the opposite side, Russian digital attacks continue against Ukraine.

Investing in Cybersecurity With WisdomTree

Cybersecurity has become a top priority for many companies in the last two years as the pandemic caused a shift to a work-from-home model when possible, creating greater opportunity for hacking and cybersecurity threats as cyberattacks increased astronomically. War in Ukraine has only highlighted the important role that security within the digital landscape has, and for advisors and investors looking to allocate to an industry that is continuing to grow rapidly, the WisdomTree Cybersecurity Fund (WCBR B) offers a great opportunity.

WCBR seeks to track the WisdomTree Team8 Cybersecurity Index, an index that invests globally in companies whose main revenue is derived from cybersecurity and security-oriented technology that prevents attacks and intrusion to systems, networks, computers, applications, and mobile devices, while also growing their revenue. Companies included must derive at least half of their revenues from cybersecurity; have revenue growth of at least 7% over the trailing three years for new additions to the index, or 5% for current index constitutions; and meet market cap and average daily trading volume requirements.

The index also utilizes exclusionary filters to screen out companies based on ESG criteria that violate UN and Global Standards Screening guidelines; are involved in controversial weapons (biological, chemical, cluster, nuclear, or white phosphorous weapons, and anti-personnel mines); have significant involvement in tobacco or thermal coal activity; or violate other ESG standards of the index.