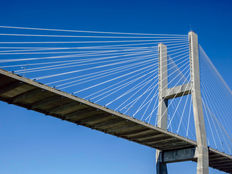 An ETF to Bet on Biden's Infrastructure Plans

As is being widely noted, plenty of individual equities are benefiting from expectations that President Biden’s $2 trillion infrastructure package, even if it’s trimmed, will make it to the political finish line.

Like any other investing scenario with political implications, stock-picking based on infrastructure efforts can be tricky. For many investors, a broad-based approach can be more effective, with less risk to boot. Enter the FlexShares STOXX Global Broad Infrastructure Index Fund (NFRA A).

The $2.65 billion NFRA has 250 holdings, confirming its deep bench and broad approach to infrastructure investing. Infrastructure is a long-ranging theme, but NFRA is relevant right now.

“We expect that this plan will be enacted as soon as this summer and, for the most part, be of similar size to the version that’s currently on the table,” writes Morningstar analyst Dave Sekera. “While the scope of the plan is large and wide-ranging, we do not expect that it will affect our long-term projections for economic growth in the United States.”

NFRA could also be a credible near-term idea in that many of the logical infrastructure names investors would gravitate to are already priced in Biden’s proposal and are trading at elevated multiples. By embracing NFRA, investors can mitigate the risk of frothy valuations.

“With the U.S. market near its highs—and slightly overvalued, in our view—many of the companies that might be able to capitalize on the infrastructure plan are either already fairly valued or overvalued,” added Sekera. “For example, stock prices for the obvious traditional infrastructure candidates have already run higher. We think that the most opportunity for currently undervalued 4-star stocks can be found in sectors that are not traditionally considered infrastructure plays.”

The quality of NFRA’s holdings could also prove tempting.