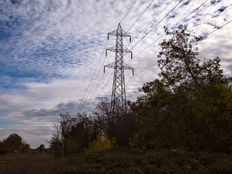 The FlexShares STOXX Global Broad Infrastructure Index Fund (NFRA B+) and other infrastructure exchange traded funds garnered plenty of attention during the 2020 campaign season. Now that electoral politics are in the rearview mirror, investors shouldn’t gloss over NFRA.

States and cities have been scaling back infrastructure spending in recent times.

“This new paradigm was due to a number of factors, but mostly reflects a challenging operating environment and growing fixed-cost obligations, like pensions and other benefit costs through the lower-for-longer recovery period,” according to S&P Global Ratings. “Over the past decade, S&P Global Ratings estimates the U.S. would have spent approximately $1.5 trillion more in state and local government infrastructure investments had it continued on its pre-Great Recession path.”

For Infrastructure Investments, There's No Time Like the Present

Investors can turn to exchange traded funds to track the expansion of U.S. infrastructure, even if the incoming Joe Biden administration doesn’t make good on plans for increased fiscal spending.

There is significant need for near-term infrastructure spending and it could provide substantial benefit to NFRA.

“While the sudden and severe onset of the COVID-19-induced recession created new budgetary challenges, it also provided an opportunity for renewed infrastructure spending,” notes S&P Global. “S&P Global Economics estimates that a $2.1 trillion boost in public infrastructure spending over 10 years, to the levels (relative to GDP) of the mid-20th century, could add as much as $5.7 trillion to the U.S. over the next decade, creating 2.3 million jobs by 2024 as the work is being completed.”