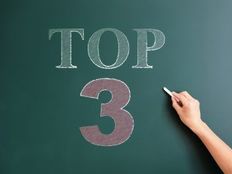 After U.S. equities posted their worst first-half performance since 1970, they pulled off a stellar comeback in July.

During the month, three funds in FlexShares’ lineup of ETFs saw notable inflows as investors looked for income in the current environment and protection against intermediate- and long-term inflation.

NFRA seeks investment results that generally correspond to the price and yield performance of the STOXX Global Broad Infrastructure Index. The market cap-weighted index invests in companies that derive at least 50% of their revenues from segments including energy, communications, utilities, transportation, and — in an unusual twist — government outsourcing, like hospitals, prisons, and postal services, according to VettaFi.

To maintain diversification, the index imposes certain constraints, such as limits on the overall weighting of each segment. The portfolio is dominated by North American equities, followed by Japan, Australia, and the U.K.

Infrastructure issuers tend to have predictable cash flows, as they provide essential services used in all economic environments. Infrastructure stocks carry both equity and interest rate exposure and can provide an alternative source of income, according to FlexShares.

The FlexShares iBoxx 3 Year Target Duration TIPS Index Fund (TDTT) jumped into second place, seeing $46 million in net inflows during the month. The $2.2 billion fund offers exposure to short-term TIPS, which are bonds issued by the U.S. government that feature a principal that adjusts based on certain measures of inflation.

TDTT is often used for protecting portfolios against anticipated upticks in inflationary pressures, given that it features securities that are relatively close to maturity and that exhibit minimal credit risk; it serves as a “risk-off” tool for those anticipating chaos in the markets, according to VettaFi.

The FlexShares Ready Access Variable Income Fund (RAVI) moved up to third place, taking in $32 million in July compared to $26 million in June, according to VettaFi. The fund has $743 million in assets under management.

RAVI is one of several short-term debt funds marketed to investors who want to preserve capital while wringing out a bit more income than they can get from Treasuries. The Northern Trust portfolio team behind RAVI looks for short-term investment-grade debt, including public and private securities from U.S. and non-U.S. issuers.