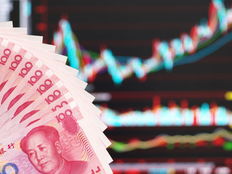 For the Brave, Some Chinese Stocks Are Undervalued

Perhaps the most obvious lesson investors are learning this year with regards to emerging markets equities is that in China, regulation still looms large.

Down 27% year-to-date, the Invesco Golden Dragon China ETF (PGJ B) underscores the point that investing in Chinese stocks in 2021, particularly growth fare, is risky business. However, PGJ, which follows the NASDAQ Golden Dragon China Index, may be a source of opportunity for risk-tolerant investors going forward.

Amid a bloodletting that’s seen shares of previously beloved Chinese internet names, including Alibaba (NYSE:BABA) and JD.com (NASDAQ:JD), tumble at the hands of Beijing’s regulatory crackdown, some analysts now believe that there’s some value to be had in this once high-flying group. That sentiment extends to several PGJ components.

“Considering the series of recent regulatory actions from the Chinese government, we don’t think that regulatory risks for Chinese companies are over,” says Moringstar analyst Dave Sekera. “However, after examining the companies under our coverage on a case-by-case basis, we have maintained our fair value estimates, as we do not think further regulatory changes will have a meaningful impact on the long-term intrinsic valuations of these specific companies.”

Value to Be Had in PGJ

The $236.3 million PGJ is home to 99 stocks, nearly 78% of which hail from the consumer discretionary and communication services sectors. In other words, many PGJ components have been directly ensnared in Beijing’s regulatory drag net.

Some silver lining for PGJ could be emerging because regulatory risk for some of the fund’s components could be limited going forward.

“For the most part, we do not think that the companies we cover operate in those segments that will face the most onerous additional policy changes. And for those that do, we expect that the impact will be limited,” adds Sekera.

Among the U.S.-listed Chinese stocks that currently offer investors favorable risk/reward scenarios, according to Morningstar, are e-commerce giants Alibaba and JD.com. JD.com and Alibaba are PGJ’s largest and fifth-largest holdings, respectively, combining for over 18% of the Invesco fund’s weight.

Those companies have been front and center in the regulatory crackdown because Beijing believes that they have anti-competitive practices, limiting sellers to a single platform. However, the companies appear willing to allay those concerns and claim to be open to more competitive practices. If they make good on that talk, that could go a long way toward getting regulators off their backs and restoring investor confidence.

Other Chinese stocks appearing on the Morningstar undervalued list include Baidu (NASDAQ:BIDU), NetEase (NASDAQ:NTES), and Trip.com (NASDAQ:TRIP). That trio combines for more than 15% of PGJ’s roster.