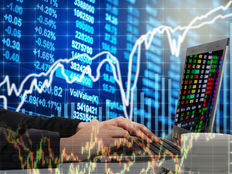 When investors think of e-commerce and social media, they usually think of two distinct industries that are mostly domestic phenomenons.

However, those landscapes are rapidly shifting, and there’s an increasing intersection between online retail and social media known as social commerce. Notably, social commerce isn’t confined to U.S. borders. Investors can tap into it from an international perspective via the Global X Emerging Markets Internet & E-Commerce ETF (EWEB).

EWEB, which debuted in November 2020, follows the Nasdaq CTA Emerging Markets Internet & E-commerce Net Total Return Index. The exchange traded fund holds 43 stocks, including some that are relevant in the social commerce conversation.

“Social commerce differs from traditional e-commerce because rather than shopping on dedicated e-commerce websites, it allows users to shop within the social media platforms that they use regularly,” says Global X analyst Pedro Palandrani. “Such an approach reduces frictions, allows users to digitally comment or consult with friends, and enables hyper-targeted advertising and custom shopping experiences.”

Not surprisingly, EWEB allocates a massive percentage of its roster to two sectors — consumer discretionary and communication services. Those groups combine for about 94% of the ETF’s roster, underscoring the fund’s stance as a growth vehicle — a status reflective of the social commerce opportunity set.

“Social commerce is one such growth opportunity for social media companies – and perhaps one of the largest. In the U.S., social commerce is projected to reach $80 billion by 2025, accounting for 5.9% of retail e-commerce sales, up from $36 billion and 4.4% in 2021,” adds Palandrani. “China, the world’s most advanced social commerce market, has a head start; sales are nearly 10 times the size of the projected U.S. market at $351.65 billion as of 2021, and growing ~31% in the last year alone.”

Speaking of China, the world’s second-largest economy accounts for 71% of EWEB’s geographic exposure. Chinese stocks, including some EWEB holdings, were drags on emerging markets benchmarks and ETFs this year. However, some market observers believe that the worst of Beijing’s regulatory crackdown on consumer internet companies is over and that some EWEB holdings could rebound in the new year.

Bottom line: Social commerce is in its early innings, and China and other developing markets will play integral roles in its growth.

“Social commerce is transitioning social media from advertising products to becoming the store itself. Blend the social aspects of shopping with easy purchasing journeys right from one’s account, spending is likely to accelerate,” concludes Palandrani.