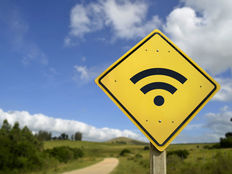 The #1 trillion infrastructure bill that is currently circulating through Senate this week would be a boon for poor and isolated communities in terms of access to internet. $65 billion of the bill is allocated to improving internet access for communities that do not currently have reliable or high-speed internet, reports the Wall Street Journal.

The bill must pass through the Senate and then go on to circulate and be reconciled with a House version, but is set to provide $40 billion in grants to states that can allocate to companies such as AT&T and Charter Communications to expand their networks to communities that are currently without high-speed service. In addition, the bill would expand emergency funding from earlier in the year that covers broadband service for low-income Americans.

With plans already in place to self-fund its fiber-optic network expansion to millions of new households, AT&T sees the government funding as “icing on the cake,” according to its CEO John Stankey.

With the pandemic-induced shutdown last year, it has become increasingly apparent how vital reliable internet access is for the general population. The WSJ cited a study done by the Aspen Economic Strategy Group that evaluated what high-speed access for everyone would translate into economically. The study concluded that by providing universal access, labor productivity would raise 1.1%.

The study was conducted during the shutdown and found that 47.8% of full paid workdays happened at home, versus 4.8% pre-pandemic. The lack of universal internet access equated to a 3% drop in labor productivity, which translated into a 2% decline in economic output.

Provisions of the bill as it stands would require new reporting, such as clearly disclosing service levels and prices offered, and also withholding funding to companies that have long network outages.

“There’s a bunch of stuff in the legislation that industry doesn’t like,” said Mr. Levin, who was executive director of former President Barack Obama’s National Broadband Plan. “But from an investor perspective, those things aren’t really going to shake revenues and margins.”

AT&T a Major Holding of ‘USMC’

AT&T looks to continue to expand its coverage and growth opportunities and the added benefit of the government subsidy would allow for an efficient expansion of the network, according to Charter Chief Executive Tom Rutledge of AT&T.

The Principal U.S. Mega-Cap ETF (USMC A) invests in major movers of the U.S. economy, like AT&T. It tracks the Nasdaq US Mega Cap Select Leaders Index, a modified equal-weighted index.

The index is rebalanced semi-annually, though securities that become ineligible for the index between balancing periods are removed without being replaced.

As a smart beta ETF, USMC’s benchmark seeks to provide optimal outcomes on downturns and to capitalize on surges while minimizing exposure to volatility.

USMC generally limits its sector and industry concentrations to no more than 25% of the portfolio. Currently, the fund has 25.39% of its portfolio allocated to technology, 21.92% to healthcare, 14.62% to communication services, and 13.91% to financial services.