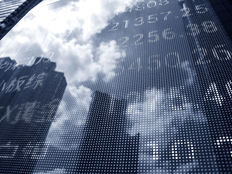 However, the Invesco BuyBack Achievers ETF (PKW B+) undoubtedly merits a place in the shareholder rewards ETF conversation. Actually, PKW, which tracks the NASDAQ US BuyBack Achiever Index, is pertinent right here, right now, because U.S. companies are sitting on trillions of dollars in cash, and with earnings growth expected to moderate somewhat this year, trimming the number of shares outstanding is a move that investors likely favor.

S&P 500 buybacks hit all-time highs last year. Add to that, PKW jumped 32.6%, outpacing the S&P 500 by nearly 400 basis points. The latter feat might be hard to repeat this year, but experts believe that repurchase programs will continue rising.

“We are watching the $7tn in cash that US corporates have accumulated heading into 2022. If companies deploy their cash (without any increase in leverage) in historically typical ways, dividends, buybacks, capex and acquisitions could rise $300bn this year (+16%) to a record $2.1tn,” according to Bank of America Global Research.

While buybacks aren’t a new phenomenon, Bank of America notes that domestic companies embracing that way of deploying capital is really taking off in the current century. The bank points out that buybacks started rising in earnest relative to dividends in 2004, and since 2010, share repurchases topped dividends paid by an average of $170 billion per year.

The $1.55 billion PKW turned 15 years old last month, so it’s been around for much of the buyback boom. Moreover, the fund has stringent requirements for admission. PKW’s underlying index mandates that companies reduce shares outstanding tallies by at least 5% over the trailing 12 months before entering the index. In other words, PKW’s 104 member firms are legitimately reducing shares outstanding, not just buying back stock only to turn around and use that equity for acquisitions or other means.

Adding to the 2022 case for PKW is Bank of America’s forecast that if S&P 500 dividends grow by 13% this year, buybacks could reach $784 billion — good for the second-best total since 1998. And yes, it’s possible that PKW beats the broader market again this year.

“The S&P 500 Buyback index has outperformed the S&P 500 by 3.7% since 1994 on a monthly total return basis. Our equity team’s Buyback factor has also tended to perform well in periods of Fed tightening with a median total return of 6.7% since 1986,” adds Bank of America.