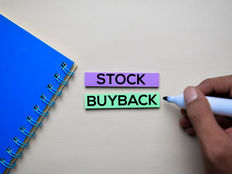 Prepare for the Coming Buyback Deluge With PKW

The Invesco BuyBack Achievers ETF (PKW B+) is up 25.35% year-to-date. That alone could generate interest in the exchange traded fund among investors, but PKW could have other durable catalysts.

As investors know all too well, companies were quick to cut or suspend shareholder rewards, including both buybacks and dividends, when the coronavirus bear market set in last year. Share repurchase programs took most of the punishment because dividend-paying companies usually don’t like to trim or eliminate those payouts unless it’s an absolute necessity.

The shareholder rewards environment is noticeably better today than it was in the first half of 2020, and that could stoke renewed interest in PKW. In fact, buybacks could be poised to perk up in meaningful fashion over the near-term.

“Flush with cash and benefiting from improving earnings and cash flows, large U.S. companies are set to return a lot more capital to shareholders, including dividends, in the next couple of years,” reports Lawrence Strauss for Barron’s. “So concludes Jonathan Golub, chief U.S. equity strategist at Credit Suisse

Not all buyback programs are alike, and not all companies follow through on state repurchase plans. To that end, PKW’s bar for entry is relevant to investors.

For now, PKW holds 106 stocks, over 55% of which hail from the financial services and technology sectors. PKW’s financials exposure is relevant in an environment where banks are getting back to buybacks and dividends.

“Large U.S. banks, under the watch of the Federal Reserve, suspended stock buybacks in March 2020 as the pandemic took hold but continued to pay dividends, though increases were capped. Those banks have since resumed share repurchases, and dividend increases are no longer capped,” according to Barron’s.

Adding to the case for PKW is that while S&P 500 net income and cash stockpiles returned to pre-pandemic highs, buybacks and dividends have not, indicating that there’s ample room for companies to repurchase significant amounts of their own equity.

“Meanwhile, S&P 500 dividends and buybacks plunged 27% in 2020, though share repurchases bore the brunt of that decline, down by about 50%, according to Credit Suisse. Dividends fell by about 3%,” reports Barron’s.