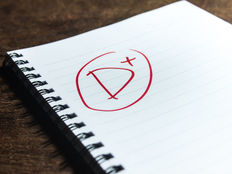 Up 23.56% year-to-date and fresh off hitting another all-time high on Monday, the $1.21 billion FIW has plenty of tailwinds to offer investors right now. FIW, which turned 14 years old in May, follows the ISE Clean Edge Water Index and provides exposure to six sectors, which is more than many investors may suspect are found in a water ETF.

With infrastructure generating considerable buzz of late, investors should note that the water infrastructure investment thesis could be rewarding for some time.

“Consequently, much of the nation’s critical water infrastructure has reached or exceeded its useful life and warrants significant capital investment,” writes First Trust CFA and Senior Vice President Ryan Issakainen. “The American Water Works Association estimates that over the next two decades, most of the nation’s drinking water pipes will need to be replaced or repaired. Moreover, wastewater treatment plants have an average lifespan of 40-50 years, meaning those that were constructed in the 1970s or earlier may soon need to be replaced.”

As Issakainen points out, the American Society of Civil Engineers (ACSE) gives U.S. water infrastructure a grade of D+ (the clean drinking water grade is barely higher) and says about $3.3 trillion needs to be spent to shore up water infrastructure in the country. More than 56% of FIW’s 36 components are industrial stocks, making the fund an ideal way for investors to capitalize on domestic water infrastructure efforts.

Like any infrastructure project, water infrastructure is a longer-ranging theme, but some efforts on this front could soon start up after being halted last year because of the coronavirus pandemic. That highlights potential near-term utility with FIW.

“Many capital investment projects were postponed in 2020 because of lockdowns and budget constraints due to Covid-19,” adds Issakainen. “The Congressional Budget Office reports that state and local governments account for 90% of public spending on water infrastructure. They faced significant budget shortfalls in 2020. However, the $1.9 trillion American Rescue Plan, passed in March 2021, allocated $350 billion for state and municipal governments.”

The Senate recently passed a $1 trillion infrastructure package, which features $550 billion for new infrastructure projects, $55 billion of which is going toward clean drinking water. Put it all together and FIW has favorable factors for both tactical short-term investors and those with longer time horizons.