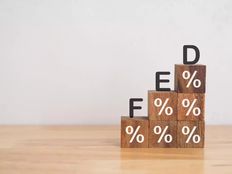 Add RYF to Portfolios for Resiliency During Rate Hikes

With inflation yet to peak, investors are looking to find appropriate places to invest.

The headline Consumer Price Index (CPI) for May came in last week above expectations at 8.6% year-over-year, exceeding estimates of 8.3% — and exceeding the previous month’s reading of 8.3%.

According to Kristina Hooper, chief global market strategist at Invesco, even if the next inflation number comes in below 8.6%, some market participants will worry that later inflation prints may again rise, given that oil and other commodity prices are now rising again.

Markets now believe the Fed is going to need a bigger number of rate hikes to try to slow demand and control inflation. The market is now expecting nine to 10 interest rate hikes between now and early 2023 — with 50 basis point hikes priced in at each of the next three Federal Open Market Committee (FOMC) meetings — and some market participants are beginning to believe that the Fed may hike by 75 basis points at its next meeting, Hooper wrote.

“Adding to the likelihood that the Fed could get more aggressive, the University of Michigan Consumer Inflation Expectations were also released Friday, showing a big jump in consumers’ expectations for future inflation for five years out.  Recall that the Fed wants to see that longer-term inflation expectations are reasonably well-anchored,” Hooper wrote. “That’s because when longer-term inflation expectations are not well-anchored, consumers will typically buy today assuming prices will be going up, which only exacerbates inflationary pressures and makes them more persistent.”

The sector’s profit margins actually expand as rates climb, and thus banks, insurance companies, and money managers, among others, have historically been among the greatest beneficiaries from higher interest rates.

The Invesco S&P 500 Equal Weight Financials ETF (RYF B+) offers focused exposure to the financial sector of the U.S. economy for investors looking to overweight banks and other financial institutions in their portfolios.

RYF distinguishes itself from other broad-based financial ETFs by its weighting methodology. Unlike cap-weighted products, RYF is linked to an equal-weighted index, meaning that each component receives an equivalent allocation in the fund upon rebalancing, according to ETF Database.

As a result, RYF maintains considerably lower concentration than most financial ETFs, as exposure is spread around evenly as opposed to being concentrated among a handful of mega-cap stocks, according to ETF Database.