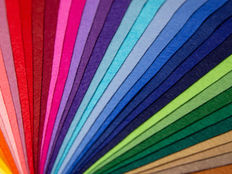 In addition to low costs and robust liquidity, one of the primary reasons that investors flock to index funds and exchange traded funds tracking popular domestic equity indexes such as the S&P 500 is diversification.

Or so they think. With the S&P 500 being home to 506 stocks, it’s reasonable for an investor to assume that funds tracking this index are more than adequately diversified and that concentration risk isn’t an issue with these products.

However, market capitalization-weighted funds tracking the S&P 500 may not be as diverse as investors think, highlighting the benefits of equal weight alternatives such as the Invesco S&P 500® Equal Weight ETF (RSP A-). RSP tracks the S&P 500 Equal Weight Index (EWI).

“While investors and maybe even some financial advisers might believe they’re getting broad exposure though an index allocated to more than 500 stocks, the reality is that the top five holdings in the traditional S&P 500 combine for the same weight in the index as the bottom 370 companies,” wrote Jeff Benjamin in a March article for InvestmentNews.

These days, the top five holdings in the cap-weighted version of the S&P 500 combine for about 20% of the benchmark’s weight. Apple (AAPL) and Microsoft (MSFT) combine for nearly 20%. That’s not necessarily diverse.

Conversely, the top 10 holdings in RSP combine for 2.64% of that fund’s weight. That is diverse.

Additionally, RSP has a long history of topping the cap-weighted S&P 500. However, investors should note that there are times when performance between the two flip flops.

The fluidity in performance between RSP and a cap-weighted rival is largely attributable to sector-level differences. For example, if technology — 27.52% of the traditional S&P 500 — is performing well, the cap-weighted S&P 500 will likely top its equal-weight rival, seeing as RSP’s tech weight is 14.59% as of Oct. 5.

Still, RSP has diversification on its side. Its top three sector allocations — tech, industrials, and financial services — combine for less than 43% of the ETF’s weight. In the cap-weighted S&P 500, tech and healthcare combine for over 40%.