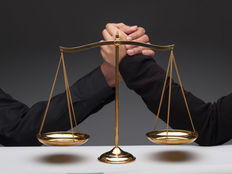 In a fund universe dominated by products that are weighted by market capitalization, investors shouldn’t lose sight of alternative methodologies. Equal weighting is one of the premier non cap-weighted concepts.

Critics and even some proponents assert that out-performance delivered by RSP and other equal weight funds largely boils down to overweighting the size and value factors. Said another way, the traditional S&P 500 is heavy on large- and mega-cap stocks, but by eschewing cap weighting, the aforementioned EWI benefits from the size factor. However, EWI isn’t a dedicated factor index.

“The S&P 500 EWI is unique in that its methodology is defined not by factors like other alternatively weighted indices,” notes S&P Dow Jones Indices. “In an equal weighted index, the weight of each stock is one divided by the total number of components in the index—making the index factor indifferent. It randomizes factor mispricing, making the index an attractive option for proponents of the theory that the market is inefficient and at times misprices factors.”

While RSP allocates about 57% of its weight to mid-cap stocks and 37% to value equities — more than double the weight to growth — there’s more to the story with equal weighting than resulting factor exposures.

“In addition to being factor neutral, equal weighting captures another important stock price behavior, the mean-reversion, in a simple way. As an equal weight portfolio is often rebalanced periodically, it is in effect buying low and selling high, which benefits automatically from the short-term mean-reversion,” adds S&P.

Rather than getting bogged down in wonky factor debates, investors may want to focus on one of the primary benefits of equal weighting: It actually delivers the diversification investors think they’re getting with cap-weighted broad market funds. Think of it this way — a small number of stocks (Apple (AAPL), Microsoft (MSFT), Amazon (AMZN), and friends) are taking on larger and larger percentages of the cap-weighted S&P 500.