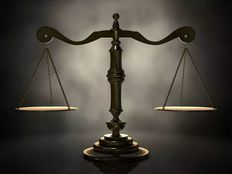 Equal Weight Can Be a Boon as Rates Rise

With the Federal Reserve zeroing in on its first interest hike of 2022, investors are preparing for equity market and sector-level repercussions.

The good news is that historical data indicate that rising rates aren’t always a drag on stocks. In fact, there are multiple rising rate regimes in which broader equity benchmarks rose. Still, there’s a strong case for being tactical and reducing concentration amid Fed tightening, underscoring the potential benefits of an exchange traded fund such as the Invesco S&P 500® Equal Weight ETF (RSP A-).

RSP, which tracks the S&P 500® Equal Weight Index, is the king of equal-weight ETFs, and its lack of concentration at the holdings and sector levels could prove relevant as rates rise. For example, RSP isn’t excessively allocated to stocks that are considered vulnerable as rates rise.

“Utilities was the worst performing, confirming the sector’s ‘bond proxy’ characteristics. Financials, which by convention is assumed to benefit from higher rates, also underperformed on average, but a look at the data reveals a major idiosyncratic event: in 1999, the S&P 500 was pulled up by Information Technology, and out-of-fashion Financials underperformed the index by 17%,” notes S&P Dow Jones Indices.

Perhaps surprisingly, real estate and technology stocks prove durable as rates increase. While RSP is underweight on tech relative to the cap-weighted S&P 500, the equal-weight ETF is overweight to real estate stocks.

“Like Financials, Information Technology’s excess returns were greatly influenced by the 1999 dot-com bubble, during which year it outperformed the S&P 500 by 58%. If we take out 1999, the sector’s average excess return drops to just 5% in the other three calendar years when a rate hike cycle commenced,” adds S&P Dow Jones.

At the factor level, there also considerations to be made as the Fed embarks upon its newest tightening regime. Point is, some investment factors outperform others when rates rise.

“This group contains Momentum, High Beta, and Growth. All three factors’ gains can be ascribed to 1999, when they had a large tilt toward Information Technology and consequently outperformed the benchmark by 27%, 32%, and 7%, respectively,” says S&P.

For its part, RSP allocates almost 36% of its weight to value stocks, which appear to be factor-agnostic as rates rise. The fund devotes over 19% of its roster to growth equities, and the remainder are considered blend stocks, indicating that RSP does have some exposure to factors that can work as rates rise.