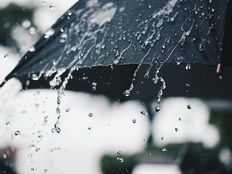 When investors think of equity-based strategies that are durable when stocks fall, the factor that often comes to mind is low volatility.

At the very least, many investors aren’t thinking too far into the realm of smart beta strategies as avenues for protection, and they probably aren’t thinking of anything beyond weighting by market capitalization as the way to go in turbulent environments. However, the Invesco S&P 500® Equal Weight ETF (RSP A-) might just offer more protection than meets the eye.

RSP, the largest equal-weight exchange traded fund, tracks the S&P 500 Equal Weight Index. Over more than 18 years on the market, RSP has been at the epicenter of the equal-weight vs. cap weighting debate — one that brings with it important questions, such as which methodology fares better when stocks swoon.

“Of the 18 worst stock market crashes between 1926 to 2021, some, like the 1987 plunge, were short in duration, while others were long bear markets that extended for well over a year. These market declines were driven by diverse causes, from wars and geopolitical strife to economic recessions, bubbles, and a pandemic,” writes Nicolas Rabener for the CFA Institute.

While RSP features significantly more exposure to smaller stocks (the fund’s mid-cap allocation is almost 58%) than do its cap-weighted rivals, the Invesco fund isn’t excessively more volatile than cap-weighted competitors. RSP’s annualized volatility is just 210 basis points higher than that of the cap-weighted S&P 500 for the most recent three-year period.

Additionally, Rabener’s research turns up some compelling data regarding the durability of equal weighting in rocky market settings.

Should another bear market come calling, an obvious benefit of RSP is the fact that its single stock risk is low because none of its holdings command weights north of 0.32% (as of Nov. 8). Think back to the technology bubble of 2000 or the global financial crisis of 2008. Cap-weighted funds were punished because many of the largest tech and financial companies were at the epicenters of those market calamities. Said another way, a small number of stocks won’t be responsible for RSP weakness in a bear market.