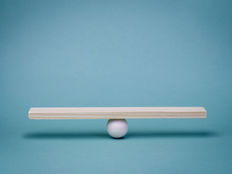 Investors frequently try to time investment styles and factors, such as growth and value. However, those looking for an alternative to weighting by market capitalization can find a durable solution with equal-weight funds.

The Invesco S&P 500® Equal Weight ETF (RSP A-) is the king of that bunch, and while there are times when RSP beats cap-weighted rivals and years in which it lags those competitors, investors shouldn’t fiddle with timing when RSP will be in and out of fashion. Simply put, its track record is more than convincing enough against the cap-weighted S&P 500 to make it an attractive buy-and-hold investment.

Over the past year, RSP is beating the cap-weighted S&P 500 by 800 basis points, prompting equal-weight critics to rehash some old criticisms aimed at what supposedly explains equal-weight out-performance.

“Of course, the performance of cap-weighted indexes hew more closely to their large stock constituents while the returns of medium- and small-sized issues are more vividly depicted in equal-weighted funds, so it’s easy to say that RSP’s outperformance can be attributed simply to size alone, but is that really so?” reports WealthManagement.

Yes, an equal-weight broad market fund such as RSP will feature more exposure to smaller stocks. That’s simply the result of eschewing cap weighting. RSP’s 506 components have an average market value of $77.3 billion, according to Invesco data, meaning that this is far from a small-cap fund.

Even if the size factor explained all of RSP’s ability to beat its cap-weighted peers (which it doesn’t), that’s not necessarily a point to critique. Rather, it underscores the point that equal-weight works over long investing horizons because those extended time frames are conducive to smoothing out some of the volatility associated with investing in smaller stocks.

“The biggest difference between RSP and (cap-weighted S&P 500 ETFs) isn’t the names of the stocks they hold, but the proportion. Because a cap-weighted index allocates space on the basis of market capitalization,  overvalued companies are weighted more heavily while undervalued stocks have less heft. By contrast, an equal-weighted index reserves the same amount of real estate for each issue, regardless of market value,” according to WealthManagement.

Perhaps it can be inferred that some of RSP’s ability to beat cap-weighted competitors comes by way of a value tilt tied to equal-weighting. Indeed, that’s a point often mentioned in conversations about equal-weighting, but it’s somewhat flawed because prior to late last year, value spent the better part of a decade lagging growth while RSP performed well over that period. In fact, over the past three years, RSP is beating the S&P 500 Value Index by an astounding 1,840 basis points.