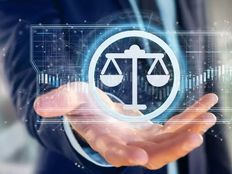 Equal-weight indices have often outperformed their market cap-weighted counterparts, as demonstrated again by the S&P 500 Equal Weight Index during the first quarter of 2022.

Over the past 12 months, energy was the leader in both equal and cap weighted, returning 72.5% and 64.3%, respectively, according to S&P Dow Jones Indices.

Seven out of 11 equal-weight sectors outperformed their cap-weighted counterparts last quarter, with the exceptions of consumer discretionary, technology, industrials, and health care.

The simple arithmetic of rebalancing connects equally weighted indices to momentum effects. If the price of a constituent increases by more than the average of its peers, then its weight in the portfolio will increase, and the position will necessarily be trimmed at the next rebalance as the portfolio returns to equal weights, according to S&P Dow Jones Indices.

On the other hand, if a stock falls by more than the average of its peers, its weighting will fall too – and more must be purchased at the next rebalance to return to equal weight. Thus, equal-weight indexes sell relative winners and purchase relative losers at each rebalance, according to S&P Dow Jones Indices.

RSP and RSPE have historically demonstrated strong returns and a tilt toward smaller, value companies, making both offerings uniquely attractive in the current environment.