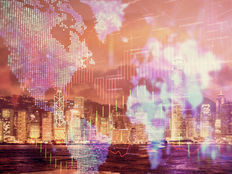 How Will Geopolitical Tensions Influence Markets?

Most geopolitical issues do not have an impact on markets beyond short-term volatility, but the current situation in Russia and Ukraine may have more substantial implications.

Last Friday, the market saw increased volatility in response to the White House announcement that a Russian invasion of Ukraine appeared to be imminent. Geopolitical events could add significant fuel to the inflationary pressures that central banks can’t really solve but might damage their respective economies trying, Kristina Hooper, chief global market strategist at Invesco, writes in an Invesco insight.

The ongoing geopolitical issue is unique because of the potential impact on the price of commodities at a time when inflation is driving central bank actions.

“Conventional wisdom suggests that the U.S. and allies would not engage in a ground war if Russia invades Ukraine, but instead would impose crippling economic sanctions on Russia, and we subscribe to that base case,” Hooper says.

Russia is a major producer of oil and other commodities, and thus economic sanctions are likely to drive up prices at a time when the last thing the U.S. or other developed countries need is more inflationary pressures. Most directly affected would be the European Union due to its heavy reliance on Russian energy products, but sanctions would drive up energy prices elsewhere as well, according to Hooper.

In addition, Russia and Ukraine are major wheat exporters, and Ukraine is a major corn exporter, so food prices could be driven higher as well. Russia is also the world’s largest exporter of palladium, so there is the potential for more auto supply chain disruptions given that palladium is used in catalytic converters, adding to auto supply chain disruptions that don’t appear likely to abate quickly, given Toyota and Honda’s recent guidance that the semiconductor shortage in the auto industry doesn’t seem to be ending soon, according to Hooper.

Hooper also references the “Freedom Convoy” protestors and blockade on the U.S.-Canada border at the Ambassador Bridge, adding to supply chain disruptions and potentially increasing costs. The movement has gone global and is popping up in other developed countries such as Belgium and France.

Investors looking to reposition their portfolios in the face of high inflation and geopolitical pressures should consider an equal-weight strategy, such as the Invesco S&P 500 Equal Weight ETF (RSP B+).

Opting for an equal-weight index, as opposed to a market cap-weighted approach, can provide diversification benefits and reduce concentration risk by weighting each constituent company equally, so that a small group of companies does not have an outsized impact on the index.