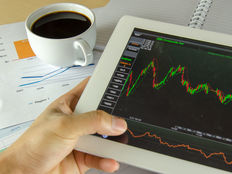 It remains to be seen exactly how 2022 will play out for stocks. The new year could be a sanguine setting, or stocks could hit rough patches induced by macro factors, or there could be a mixture of both scenarios.

Obviously, no one has a crystal ball, but investors can prepare for the possibilities of stock- and sector-specific headwinds while remaining engaged with equities by embracing equal-weight exchange traded funds, such as the Invesco S&P 500 Equal Weight ETF (RSP A-).

In fact, RSP’s lack of concentration risk could be advantageous at a time when many members of the S&P 500, including some with hefty weights in the index, are displaying significant weakness.

“The S&P 500 index is up more than 20% so far this year, but more than 90% of its member stocks have had ‘correction’ level drawdowns—more than 10% from a peak—at some point this year. In short, while overall stock market performance has been strong, there has been a lot of churn beneath the surface,” according to the Schwab Center for Financial Research.

If stocks decline, RSP won’t be immune to that scenario, but if previous leaders with large weights in the S&P 500 lead the retrenchment, RSP could mitigate some of the downside risk because it’s truly diverse at the holdings level.

RSP could also be worth considering because uncertainty is high entering 2022. Inflation could continue rising, and global central banks could prove more hawkish than expected.

“Will U.S. stock indices begin to reflect more of that weakness in 2022? It’s possible, especially as the world’s major central banks begin to drain the liquidity that has supported financial markets since the start of the COVID-19 pandemic in March 2020. But major uncertainties remain, including the pace of inflation, how central banks will react to it, and the direction of the virus,” adds Schwab.

Another reason to consider RSP in 2022 is the possibility that intra-market correlations will rise, meaning that cap-weighted benchmarks could offer investors little in the way of protection in an extended pullback.

“Macroeconomic backdrops that include slower growth and tightening monetary policy tend to usher in higher intra-market correlations—that is, the potential for securities to rise and fall in tandem—as well as greater ‘tail risk,’ i.e., the probability that an investment will move more than three standard deviations beyond its historical mean,” notes Schwab.