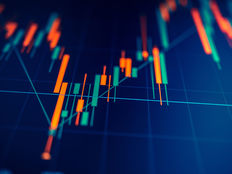 In simple terms, market breadth is a measure of how many stocks are participating in broader market action in either direction.

So while investors mostly cheer broader benchmarks rising, it pays to look under the hood, even in bull markets. Looked at another way, the preferred scenario is broad participation in bullish moves. However, that scenario doesn’t always come to fruition, as is the case today with a smaller number of stocks leading the S&P 500 since April.

That lack of depth and diversification in market leadership underscores the advantages of equal-weight strategies, such as the Invesco S&P 500 Equal Weight ETF (RSP A-).

“The dominance of a handful of tech behemoths marks a shift from the more-inclusive run-up that propelled the stock market late last year and in early 2021. Investors appeared to be returning to a favored trade of the past decade—focusing on a few large, growing, profitable tech companies—for safety, analysts said, as they contend with a string of anxieties that have sapped confidence,” reports Michael Wursthorn for the Wall Street Journal.

For now, tech dominance is working in investors’ favor. It has for some time, but that’s not always the case, and if one of the aforementioned names catches a cold, the rest of the group could be infected. That’s a reminder to investors that RSP offers true diversification, while cap-weighted funds — even the broad ones — might feature concentration risk.

“Investors have been getting a dose of that reality in recent trading sessions. The S&P 500 fell nearly 2% during last week, as shares of Microsoft, Nvidia, Apple, Alphabet and Tesla all slid at least 4.2%,” according to the Journal.

It’s just one week, but it’s a strong argument for the utility of RSP and the equal-weight methodology. For the week ending December 21, RSP is higher by 0.26%, while the cap-weighted S&P 500 is lower by 0.06%. Obviously, a week is a short time frame and not one by which investors should make decisions. That said, RSP, which isn’t excessively allocated to high-flying tech stocks — or any stock for that matter — is actually pacing slightly ahead of the cap-weighted S&P 500 on a year-to-date basis.

That’s not unusual. While RSP doesn’t beat the cap-weighted S&P 500 every year, the Invesco ETF does have a lengthy track record of doing just that, and it does so while maintaining high levels of diversification.