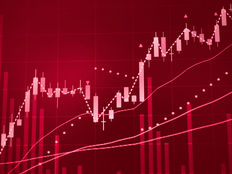 Shares of Netflix have plummeted as much as 23% on Friday, marking the biggest drop since October 2014.

Netflix, one of the darlings during the pandemic stock era, very abruptly tumbled after trading at a record high just two months ago.

Netflix was the first major streaming service to report earnings this week, posting a disappointing fourth quarter report on Thursday. The streaming giant missed its own target for new subscribers during the quarter and guided much lower than expected views for the current quarter.

Market capitalization-weighted indexes can often result in just a few companies having an outsized influence on index performance. When looking at the S&P 500, investors have three times the exposure to Netflix in a market-cap strategy than they would in an equal-weighted approach.

Investors are facing levels of concentration risk not seen in nearly half a century with the S&P 500’s top five holdings growing increasingly large at nearly 22%, overexposing investors to the declines in mega-cap tech stocks.

Opting for an equal weight index, as opposed to a market-cap weighted approach, can provide diversification benefits and reduce concentration risk by weighting each constituent company equally, so that a small group of companies does not have an outsized impact on the index.