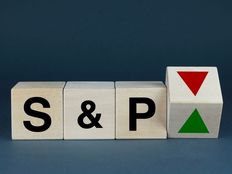 After a tumultuous first half of the year, U.S. equities staged a stellar comeback in July, driven by big tech outperformance and anticipation of a potential slowing in the pace of future rate hikes by the Fed, according to a recent performance report from S&P Dow Jones Indices.

The S&P 500 posted a gain of 9.2% in July, while the S&P 500 Equal Weight index increased 8.7%, according to S&P Dow Jones Indices. The cap-weighted index closed the month down 12.6% for the year, and the equal weight index is down 8.7% year-to-date, as of July 31, continuing equal weight’s trailing 12-month relative outperformance.

The momentum was a continuation from a strong first quarter, in which the S&P 500 EWI outperformed the S&P 500 by 2% during the first three months of the year.

Investors can gain exposure to the S&P 500 EWI with the Invesco S&P 500® Equal Weight ETF (RSP A-) or the Invesco ESG S&P 500 Equal Weight ETF (RSPE ), the latter of which screens for ESG criteria. Equal-weighted strategies can provide diversification benefits and reduce concentration risk by weighting each constituent company equally so that a small group of companies does not have an outsized impact on the index.

The funds have historically demonstrated strong returns and a tilt toward smaller companies.