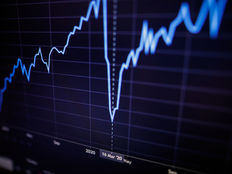 U.S. markets and stock exchange traded funds gained for the third consecutive session on Thursday after data on COVID-19 infections revealed that the Omicron variant was less severe than feared.

United Kingdom healthcare data revealed that the Omicron variant may cause proportionally fewer hospital cases than the Delta variant, but public health experts still cautioned that the fight against the coronavirus pandemic is far from over, especially as revelers gather for the December festivities, Reuters reports.

Meanwhile, the U.S. Food and Drug Administration authorized the emergency use of Merck & Co’s antiviral COVID-19 pill after providing a green light to a similar treatment offered by Pfizer Inc. a day earlier.

“Last holiday season, there was an equal spike in cases, but now we have so many more weapons in our arsenal to fight COVID-19 and that is a very different outlook,” Christopher Grisanti, chief equity strategist at MAI Capital Management, told Reuters. “The Merck approval is a good example of that.”

Further adding to the risk-on mood, data from the Commerce Department revealed that ​​U.S. consumer spending for November was up 0.6% from the prior month, the Wall Street Journal reports.

The U.S. personal-consumption expenditures price index, excluding food and energy, for November, which is a gauge of inflation, was 4.7% higher year-over-year. Inflation has been a key focus with the Federal Reserve indicating that it will begin rolling back pandemic-era supportive policies.