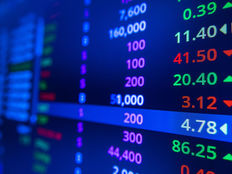 Wade Back Into Small-Caps With Equal-Weight

Small-cap stocks languished through a dismal January. If not for a notable surge on the final trading day of the month, January 2022 would have gone on record as one of the worst starts to a year for small-cap equities.

Investors are understandably jittery about smaller stocks, particularly at a time when markets are overtly signaling that lack of profitability — a condition afflicting many smaller firms — isn’t a desirable trait. However, there are avenues for nibbling at small-caps while reducing risk. One such avenue is the Invesco S&P SmallCap 600 Equal Weight ETF (EWSC C+).

“Small-caps have been around a lot longer than 1986, however. Jefferies’ Steven DeSanctis notes that the firm’s small-cap basket was down 12% at its worth level last week, a loss that would have been its worst for January going back to the beginning of the data set in 1945,” reports Jacob Sonenshine for Barron’s.

EWSC is already proving its mettle in 2022, outperforming cap-weighted ETFs following the S&P SmallCap 600 Index by about 80 basis points. Alright, so a month and a day isn’t an impressive track record of out-performance, but investors should consider the fact that in 2021, EWSC beat cap-weighted rivals by 540 basis points.

Adding to the allure of EWSC this year is earnings growth. While earnings expectations for the S&P 500 are being reined in, that’s not necessarily the case for small-cap benchmarks.

“Earnings are a key reason. The iShares Russell 2000 exchange-traded fund (IWM) is expected to see earnings per share, in aggregate, grow at 26% on average for the next two calendar years, according to FactSet. In fact, during the recent selloff, analysts have barely changed their profit forecast. The expected 2022 EPS figure for the fund has fallen 0.36% year-to-date, but risen 2.7% for 2023,” according to Barron’s.

EWSC has another benefit: It’s not excessively allocated to growth stocks, the corner of the market that appeared highly vulnerable last month. With a roughly 48% combined weight to the financial services, industrial, and consumer discretionary sectors, EWSC has a cyclical value feel, which could be prove useful as 2022 moves forward.