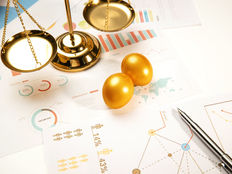 On the other hand, if a stock falls by more than the average of its peers, its weighting will fall too, and more must be purchased at the next rebalance to return to equal weight. Thus, equal-weight indexes sell relative winners and purchase relative losers at each rebalance, according to S&P Dow Jones Indices.

The sector breakdown of the cap-weighted versus the equal-weighted S&P 500 is important for investors to consider.

In the equal-weighted index, information technology is followed by industrials and financials, rounding out the top three sectors at 14.4% and 13.3%, respectively, according to S&P Dow Jones Indices.

The bottom three sectors in terms of exposure include materials, communication services, and energy, which come to 5.6%, 4.6%, and 4.1%, respectively.

There is a much larger spread between sectors when looking at the cap-weighted index.

Information technology has a huge lead over other sectors in the cap-weighted index. The second and third sectors by weight are healthcare and consumer discretionary, which amount to 13.6% and 12%, respectively, according to S&P Dow Jones Indices.

Finally, four sectors are weighted at less than 5%, including the top-performing sector for all of 2021 and the first quarter for 2022, energy. Energy amounts to just 3.9%, utilities and real estate each to 2.7%, and materials to 2.6%.