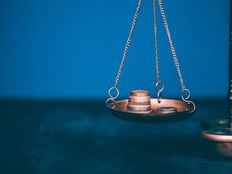 The S&P SmallCap 600 Index is higher by 6.63% over the past month and is flirting with all-time highs. However, that doesn’t mean that small-cap stocks are richly valued, as is often the case.

Some market observers are arguing that smaller equities are attractively valued, and that situation could spell opportunity with the Invesco S&P SmallCap 600 Equal Weight ETF (EWSC ). After all, it’s often said that part of the advantage offered by equal-weight exchange traded funds, such as EWSC, is that these products lean into the value factor.

“Small-cap stocks, as a group, are bargain-priced relative to more popular large-caps, but you may be surprised at just how cheap they are. And wait until you see their performance from similar valuation levels,” reports Philip van Doorn for MarketWatch.

As the MarketWatch article points out, the current valuation of the S&P SmallCap 600 relative to the large-cap S&P 500 in percentage terms is 72%. That’s well below the three-, five-, 10-, 15-, and 20-year averages. In fact, the 20-year average is 98%, indicating that small-cap stocks are as cheap as they’ve been in two decades.

“In an extended bull market, driven in part by historically low interest rates, it is understandable that the best-known stocks (the large-caps) have had the most benefit. But all of the above argue for adding exposure to small-caps for the long term, as part of a diversified portfolio, especially if you have a lot of money in an S&P 500 index fund or exchange traded fund,” adds van Doorn.

While EWSC isn’t a dedicated value ETF — no equal-weight fund is — the small-cap fund has some value properties. For example, the Invesco ETF allocates over 48% of its combined weight to the financial services, industrial, and consumer discretionary sectors.

There’s more good news for investors considering EWSC. As the MarketWatch article points out, the S&P SmallCap 600 is forecast to post better earnings per share, sales per share, and free cash flow growth in 2022 than the S&P 500.

For its part, EWSC is already showing signs of momentum, as it’s higher by almost 35% year-to-date. That’s an advantage of more than 200 basis points over the S&P SmallCap 600 Value Index.