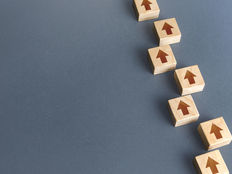 ANGL Has Aura of Consistency

Fixed income investors looking for consistency might not think of high-yield corporate debt right off the bat, but there’s a corner of the junk bond market that is surprisingly consistent: fallen angels, or those bonds that are born with investment-grade ratings only to be later downgraded to junk status.

The VanEck Vectors Fallen Angel High Yield Bond ETF (ANGL A-) is the premier exchange traded fund for accessing fallen angels, and it is remarkably consistent in its own right. That consistency is compelling because fallen angels regularly outperform traditional junk bonds. In this case, “consistent” doesn’t just mean a few years or five or seven years.

“For example, out of the last 17 full calendar years, fallen angels bonds have outperformed in 13. This period encompasses many different market environments: rising and falling rates, recessions and expansions, and credit spreads at both extreme highs and lows and everything in between,” says Nicolas Fonseca, VanEck associate portfolio manager.

That track record is a testament to fallen angels often regaining investment-grade marks before standard junk bonds do, but there are other reasons to consider ANGL. For example, buying a fallen angel usually means buying a beaten up bond — one that may trading at a deep discount.

Additionally, buying a broad basket of fallen angels such as ANGL leads to contrarian sector bets. Investors that bought the fund in 2020 are now being rewarded thanks to its large energy exposure, as just one example. Finally, ANGL and fallen angels have less credit risk than standard junk bonds. Translation: ANGL offers less credit risk and potentially more upside potential than a traditional high-yield bond fund. That’s a win-win for investors. Recent performance suggests that ANGL is on its way to another year of topping old guard rivals.

Another reason to consider fallen angels today is that credit spreads are tight. While that’s irksome for traditional corporate bonds, it’s a scenario that often favors fallen angels.

“How fallen angels perform over tight spread environments (tight spreads meaning that the OAS is below its average). There have been 5 periods (since 2003) when that has been the case, and in all 5 periods, fallen angels have come out on top of the broad HY. The latest period started more than a year ago (July 2020), with fallen angels outperforming by 5.56%,” notes Fonseca.