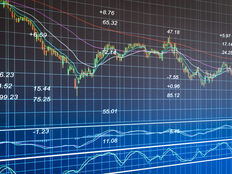 As Rates Rise, FLTR Could Be Fantastic

The Federal Reserve is poised to raise interest rates, and that cycle could commence as soon as March. In the eyes of many market observers, it’s a “when” not “if” proposition, with the only lingering question being, “How many times will the central bank hike rates?”

Consensus says that the Fed will boost borrowing costs three times. Some experts believe it will be more than that. Either way, higher rates are coming, prompting advisors and investors to evaluate assets that can thrive as rates climb. Enter floating-rate notes and exchange traded funds such as the VanEck Vectors Investment Grade Floating Rate ETF (FLTR B-).

FLTR, which turns 11 years old in April, follows the MVIS US Investment Grade Floating Rate Index. That index is comprised of investment-grade floating-rate corporate debt. The ETF is a valid consideration today because of floating-rate notes’ (FRNs) established durability in rising rate environments.

“Because FRN coupons reflect current interest rates, the price of the bonds are not sensitive to changes in rates,” says William Sokol, VanEck senior ETF product manager. “This is in contrast to fixed rate bonds in which the coupon does not change with interest rates but the price will increase/decrease as rates decline/increase. As a result, FRN prices have near-zero sensitivity to interest rates and coupons will actually increase as rates go up, making them potentially attractive in rising rate environments. In other respects such as credit risk, they are similar to other bonds from the same issuer.”

Still, FLTR’s utility as a buffer against rising rates shouldn’t be understated. The value of FRNs lies in the fact that these bonds have essentially no sensitivity to long-term rates.

Over 92% of FLTR’s components are rated A or BBB, indicating that credit risk is relatively benign in the ETF.