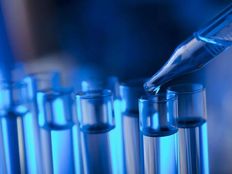 Biotechnology stocks and exchange traded funds are into a second year of disappointing investors, but that condition won’t be permanent.

With that in mind, investors evaluating ideas for a biotech resurgence may want to consider basic offerings, including the VanEck Vectors Biotech ETF (BBH B-). BBH follows the MVIS US Listed Biotech 25 Index and is home to 25 stocks.

“The obscurity of biotech companies is partially explained by many of these having distribution agreements with the large pharmaceutical companies, which puts their own brands into the background. Furthermore, the biotech sector acts as an incubator for the pharmaceutical industry where startups with attractive drugs in development are often acquired, thus ceasing to exist as publicly traded stock,” noted Nicolas Rabener of Factor Research.

With a lineup of 25 stocks, BBH mostly dodges obscure fare. In the current environment for biotech stocks, that’s a positive because it’s smaller companies with a small amount of drugs — in some cases just one — in clinical trials. Many of those firms aren’t close to being profitable, and markets treat the shares as highly speculative.

While large-cap biotech equities aren’t immune to the industry’s bear market, those companies, including plenty of BBH member firms, aren’t obscure. More important than familiarity, the large-cap biotech space is littered with profitable, cash-generating firms. Those include Dow component Amgen (NASDAQ:AMGN), Gilead Sciences (NASDAQ:GILD), and Biogen (NASDAQ:BIIB), among others. That trio combines for about 27% of BBH’s roster.

Adding to the long-term case for BBH is the point that healthcare is evolving and biotech companies have long been architects of that evolution.

“Biotechnology will have an increasingly larger impact on our lives as innovations incur, which can range from stopping or reversing hair loss to extending our natural life spans to centuries. The potential is there and has always been, but it has not been a great bet for investors so far,” added Rabener.

Additionally, BBH is a cost-effective, passively managed ETF — traits that could play into its favor over the long haul given the inability of many professional investors to generate index-beating returns in the biotech space.

“It is interesting to consider why active management has not created value in this sector. Many mutual and hedge fund managers have outside advisors that are experts in drug development, for whose advice they pay thousands of dollars,” concluded Rabener. “This should create a competitive advantage compared to a generalist portfolio manager or retail investors, but it has not. Financial experts are overrated given the general lack of alpha generation by active managers, but it seems scientific experts fare no better.”