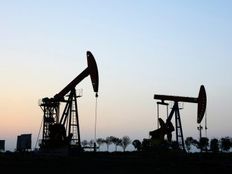 Amid fears that a recession is either already here or on the way, energy stocks and exchange traded funds are retreating.

On the other hand, some market observers believe there’s plenty of room for energy commodities prices to rebound and trade higher, potentially signaling a credible dip to buy is available with the VanEck Vectors Energy Income ETF (EINC C).

While demand destruction at the hands of high prices is an issue concerning some market observers, it’s worth noting that midstream energy names, including those on the EINC roster, usually aren’t as correlated to demand trends as, say, exploration and production companies and oil services providers.

“Meanwhile, in another indication of extreme market tightness, Bloomberg has reported that North Sea Forties crude is trading at a premium of more than $4/bbl to Brent, the biggest spread since at least 2008. North Sea Forties is one of the grades that underpins the global Dated Brent benchmark,” reported Alex Kimani for OilPrice.com.

EINC, which follows the MVIS North America Energy Infrastructure Index, primarily focuses on North American gas and oil pipeline operators — one of the most income-rich market segments. Along those lines, the ETF sports a tidy 30-day SEC yield of 4.74%, according to issuer data.

These days, that qualifies as high yield, meaning it is vital that investors assess the ability of EINC member firms to sustain current dividend obligations and grow those payouts going forward. Good news: Midstream balance sheets are as strong as they’ve been in years, and with no major new projects planned, expenditures are at tolerable levels, supporting not only payout growth but buybacks as well.

Midstream energy assets offer another benefit: They’re usually less volatile than standard energy stocks. Over the past three years, EINC’s annualized volatility is 420 basis points below that of the S&P 500 Energy Index.

Among EINC components in the spotlight is Targa Resources (NYSE:TGP), which accounts for almost 4.2% of the fund’s roster.

“Targa operates approximately 28,400 miles of natural gas pipelines, including 42 owned and operated processing plants; and owns or operates a total of 34 storage wells with a gross storage capacity of approximately 76 million barrels. As of December 31, 2021, the company leased and managed approximately 648 railcars; 119 transport tractors; and two company-owned pressurized NGL barges. Targa Resources Corp. was incorporated in 2005 and is headquartered in Houston, Texas,” according to OilPrice.com.