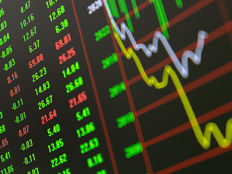 Green bonds and the VanEck Vectors Green Bond ETF (GRNB) are relatively new on the fixed income scene, but that didn’t prevent the asset class from posting a banner 2021.

GRNB, which follows the S&P Green Bond U.S. Dollar Select Index, turns five years old in March, and the exchange traded fund has been around for the bulk of the boom in green bond issuance. Last year, $505 billion worth of green bonds were issued.

Last year, “was still the first since the Paris climate agreement in late 2015 that more money went into green bonds than debt issued by oil, gas and coal companies,” reports Tim Quinson for Bloomberg.

GRNB is currently home to 307 bonds, but upon the fund’s next rebalance, it’s possible that the figure could grow because experts are forecasting another flood of green bond issuance this year. In fact, 2022 could bring another record of green bond sales as more companies and governments look to raise capital for environmentally friendly projects.

“Analysts at Morgan Stanley estimate that green bond issuance will approach $1 trillion in 2022, led by sales from the European Union,” according to Bloomberg.

Europe’s leadership on the green bond front, which is long-standing, is relevant to GRNB investors because the VanEck fund allocates just 38.45% of its weight to domestic issues, confirming that green bonds are a global asset class. Twenty countries are represented in GRNB, and it’s a mix of developed and emerging markets, including seven European nations.

It’s not just Europe. India is targeting record green bond issuance this year, and the number of bonds with the green label jumped 73% in the U.S. in 2021.

One of the results of the environmental, social, and governance (ESG) investing movement is that as asset allocators and investors grow more comfortable with this style on the equities front, they’re clamoring for more sustainable solutions in the fixed income space. With GRNB, investors don’t have to wait because that evolution and innovation are already here.

Seventy-six percent of GRNB’s holdings carry investment-grade ratings, and the average maturity of issues in the portfolio is 7.92 years, according to issuer data.